FCEA Co-Executive Director Simon Nicholson discusses his recent paper proposing near term governance actions for solar geoengineering with FCEA Program Coordinator Carolyn Turkaly. The paper, co-authored with Sikina Jinnah and Alexander Gillespie, assesses varying models for immediate governance and argues for the pursuit of polycentric governance in the near term. Nicholson also discusses the paper’s recommendation for the adoption of three governance mechanisms: a transparency mechanism, a global forum to facilitate public engagement, and the evaluation of SRM technologies within the global stocktake process under the Paris Agreement.

Oliver Geden has been writing about what he deems “magical thinking,” when it comes to assumptions about negative emissions, for almost three years.  At the close of the Climate Engineering Conference 2017, in Berlin, Germany, in October,  FCEA Faculty Fellow David Morrow spoke with Oliver about what he means by this.

Some of Oliver’s relevant publications include –

Related and relevant- a recent paper by FCEA Co-Executive Directors Wil Burns and Simon Nicholson, “Bioenergy and carbon capture with storage (BECCS): the prospects and challenges of an emerging climate policy response”

Recently, Jane Flegal, Doctoral candidate in the Department of Environmental Science, Policy, and Management at the University of California at Berkeley, and FCEA scholar in residence chatted by phone with Peter Frumhoff, Director of Science and Policy and Chief Climate Scientist at the Union of Concerned Scientists (UCS).

The conversation mostly centered around the proper role for and forms of public engagement around proposed solar climate engineering experiments.

They also speak about:

Relevant recent publications for Jane and Peter include:

You can also check out an earlier great conversation between Jane and Dan Sarewitz, Co-Director, Consortium for Science, Policy & Outcomes Professor of Science and Society, School for the Future of Innovation in Society, here.

The conversation covers some fascinating ground.  Tracy discusses negative emissions technologies, and direct air capture technologies in specific, including what role they might play in climate policy, and how we should think about governing these efforts.

Tracy also talks about the idea of regional climate engineering, how this might present a different governance puzzle than a potential global deployment, and why this deserves attention sooner rather than later.

Later in the conversation, Tracy advises the legal community “focus on what’s on the table, rather than what’s on the horizon” for climate engineering.

Finally, we hear a bit about a forthcoming edited volume by Tracy and Michael B. Gerrard titled Climate Engineering and the Law: Regulation and Liability for Solar Radiation Management and Carbon Dioxide Removal, from Cambridge University Press.

Unfortunately, the sound quality is not great, but the conversation is.  Happy listening!

-In the conversation, you’ll hear reference to Klaus Lackner’s work at The Center for Negative Emissions, at Arizona State University.

-An available chapter of “Climate Engineering and the Law,” called Research Governance, is an excellent read and can be found here.

In a brief phone chat recorded by the Forum for Climate Engineering Assessment as part of a new series, Dr. Daniel Sarewitz, Co-Director, Consortium for Science, Policy & Outcomes, Arizona State University, chats with Jane Flegal, Graduate Student in the Department of Environmental Science, Policy and Management at the University of California, Berkeley.

They discuss the justification for public engagement on emerging technologies, the differences between public/science education as opposed to public deliberation, international accountability when it comes to climate engineering research, and legitimizing science through public engagement.

Referenced in the conversation 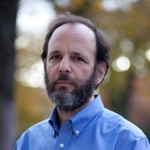 Dr. Daniel Sarewitz is Co-Director, Consortium for Science, Policy & Outcomes & Professor of Science and Society at School of Life Sciences and School of Sustainability at Arizona State University.  His work focuses on revealing the connections between science policy decisions, scientific research and social outcomes. How does the distribution of the social benefits of science relate to the way that we organize scientific inquiry? What accounts for the highly uneven advance of know-how related to solving human problems? How do the interactions between scientific uncertainty and human values influence decision making? How does technological innovation influence politics? And how can improved insight into such questions contribute to improved real-world practice? 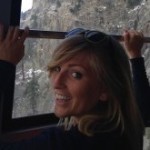 Jane Flegal is a PhD student in the Department of Environmental Science, Policy, and Management in the College of Natural Resources at the University of California at Berkeley, with a designated emphasis in Science and Technology Studies (STS). Her research examines contemporary dilemmas in energy and climate policy through the analytic lenses of STS, political science, and public policy. She studies the politics of science and expertise in the governance of unconventional natural gas development and climate engineering, and am particularly interested in understanding the co-production of regulatory science and new forms of environmental governance in uncertain and controversial contexts.

In a conversation recorded on January 15, 2014, author and public intellectual Clive Hamilton speaks with Simon Nicholson, of FCEA.  Hamilton explains why he believes the idea of climate geoengineering cannot be ignored, and what forces he sees pushing the world towards eventual deployment of such technologies.

While in his writing he argues that potential solar radiation management schemes like stratospheric sulphate aerosol injection may be too problematic to consider, he says “in my own heart, I do have doubts.”  There may come a moment when the situation becomes “so dire that doing climate geoengineering of this sort is better than the alternative – doing nothing,” he says.

For Hamilton, there is no straightforward answer- “This is a desperately complex issue, with all sorts of scientific, moral and political complications that we have to grapple with and weigh up.”

In the podcast, you’ll hear Dr. Hamilton refer to the Solar Radiation Management Governance Initiative (SRMGI).  You can read about the SRMGI in a blog post written for FCEA by members Andy Parker and Alex Hanafi.

You’ll also hear reference to two of Hamilton’s books- Requiem for a Species: Why We Resist the Truth About Climate Change (Routledge, 2010), and Earthmasters: The Dawn of the Age of Climate Engineering (Yale University Press, 2013).