Informed citizens and civil society organizations around the world can guide next steps on geoengineering research governance.

The United Nations Intergovernmental Panel on Climate Change (IPCC) recently released its last report in a three-part series  assessing the latest data and research on climate change.  The new report discusses actions we can take to limit the magnitude and rate of climate change, while previous reports focused on the scientific basis for climate change, and on potential ways to reduce vulnerability to the risks presented by our rapidly changing climate.

For the first time, these IPCC reports also include significant attention to the topic of “solar radiation management” or SRM.  Also known as “solar geoengineering,” SRM describes a controversial set of theoretical proposals for cooling the Earth, and thereby potentially counteracting the temperature-related impacts of climate change, by reflecting a small amount of inbound solar energy back into space.

With the impacts of rising temperatures already being felt and the IPCC drawing into sharper focus the range of impacts expected in the coming decades, SRM is attracting increasing attention as a potential cheap, fast-acting, albeit temporary response to some of the dangers of climate change. 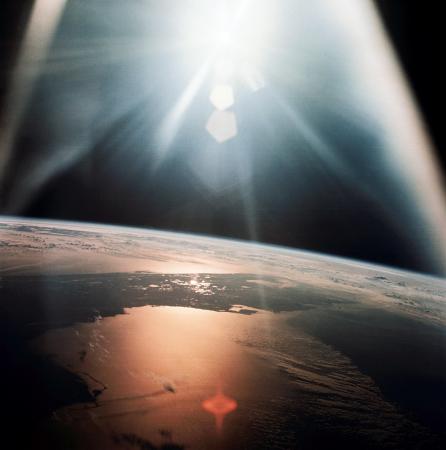 The morning sun reflects on the Gulf of Mexico and the Atlantic Ocean as seen from the Apollo 7 spacecraft during its 134th revolution of the Earth on Oct. 20, 1968. Image Credit: NASA

SRM’s potential effects are only poorly understood, however.  And most discussions to date on SRM research governance, as well as most research activities, have taken place in developed countries.  Yet people in developing countries are often most vulnerable both to climate change, and any potential efforts to respond to it.  The scientific, ethical, political, and social implications of SRM research are necessarily global. Discussions about governance of SRM research should be as well.

Recognizing these needs, in 2010 the Royal Society, Environmental Defense Fund (EDF), and TWAS (The World Academy of Sciences) launched the SRM Governance Initiative (SRMGI), an international NGO-driven initiative, to explore how SRM research could be governed. SRMGI’s activities are founded on a simple idea: that early and sustained dialogue among diverse stakeholders around the world, informed by the best available science, will increase the chances of SRM research being managed responsibly, transparently, and cooperatively.

Much of the work of SRMGI concentrates on bringing in new voices and perspectives, particularly from the developing world. For example, in late 2013, SRMGI and the African Academy of Sciences (AAS) published a report on a series of SRM research governance workshops held around Africa in 2012 and 2013.  These workshops were made possible by funding from the IAP (the global network of science academies) and UNESCO.  The workshops took place in Senegal, South Africa, and Ethiopia in 2012 and early 2013, bringing in over 100 participants from 21 different African countries.

The workshops followed the same approach developed by SRMGI at previous meetings held in China, India, Pakistan and the UK, with three factors perhaps most important to their success:

First, local partnerships have been crucial. As with previous local SRMGI partners (such as the Sustainable Development Policy Institute in Pakistan, or the Council on Energy, Environment and Water in India), AAS’s convening power, networks of experts, and reputation were invaluable assets.

Second, participant interaction is prioritized over expert lectures.  After introductory talks on the science of SRM and the range of socio-political concerns it raises, discussion turns to local participants drawn from a variety of disciplines and backgrounds. Quickly breaking down into small groups, they are encouraged to explore and express their own concerns, hopes and ideas regarding SRM research and governance.

A third important element of SRMGI’s success has been the decision to avoid identifying preferred or consensus options among different governance arrangements. Instead, SRMGI aims to ‘open up’ discussions of SRM governance by exploring and recording the different perspectives and options that participants express—from no special governance to complete prohibition of research activities.  Knowing that there is no meeting statement to sway, and that opinions will simply be discussed and recorded, often leads to a broad and thoughtful exchange. This decision to avoid “picking winners” has been seen among both developed and developing country stakeholders as a key component in establishing trust and encouraging participation in SRMGI activities.

To build the capacity for an informed global dialogue on geoengineering governance, a critical mass of well-informed individuals throughout the world must be developed, and they must talk to each other, as well as to their own networks. An expanding spiral of distinct, but linked outreach processes could help build the cooperative bridges needed to manage potential international conflicts, and will help ensure that if SRM technologies develop, they do so cooperatively and transparently, not unilaterally.

With SRM research in its infancy, but interest in the topic growing, the IPCC’s inclusion of SRM in its report is a reminder of the importance of establishing governance mechanisms to ensure that where SRM research does proceed, it is safe, ethical, and subject to appropriate public oversight and independent evaluation. Well-informed voices from civil society and other stakeholders can play an important role in guiding these evolving international discussions.

No one can predict how SRM research will develop or whether these strategies for managing the short-term implications of climate change will be helpful or harmful.  But early cooperation and transnational, interdisciplinary dialogue on geoengineering research governance will make it more likely that the global community can make informed decisions about research into SRM and other emerging geoengineering technologies. 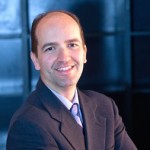 Alex Hanafi is Senior Manager of Multilateral Climate Strategy at EDF, where he coordinates a range of research and advocacy programs designed to promote effective policies to reduce greenhouse gas emissions around the globe. 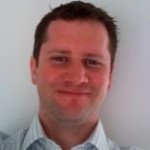 Andy Parker is a Research Fellow in the Belfer Center for Science and International Affairs at the Kennedy School of Government, Harvard University.  His research focuses on the politics and governance of solar geoengineering.