It is important that geoengineering governance becomes a part of mainstream public discourse in countries like India.

Public consciousness about climate change has been on the rise in India in recent times. A recent survey conducted by Time Magazine across six countries highlighted that India is primed to lead the fight against climate change and is more optimistic than its peers about the world’s ability to cope with the challenges. India’s newly formed central government renamed the ministry of ‘environment and forests’ to the ministry of ‘environment, forests and climate change’, signalling a tougher approach towards combatting climate change. With geoengineering being increasingly mooted as a possible response to climate change, it is crucial that conversation regarding its governance gains traction across the world.

Though the debate on the risks and opportunities of geoengineering is currently gaining momentum, the emerging discourse and debate so far has been driven largely by scholarly communities in Europe and the United States. However, there have been lesser inputs from Africa and the Asia-Pacific, which will be significantly affected by climate change. One must also note that countries such as India are more vulnerable against geoengineering risks which can cause massive damage to its society and ecosystems. Hence, it is important that geoengineering governance becomes a part of mainstream public discourse in countries like India as well.

As an effort in this direction, the Council on Energy, Environment & Water (CEEW); and the Institute for Science, Innovation and Society (INSIS), University of Oxford are jointly organising a workshop on “Climate Geoengineering Governance” in New Delhi (India) on 23 and 24 June 2014.

The workshop aims to share research from EuTRACE, learn about local perspectives on climate policy, and the possible contributions of and concerns about climate geoengineering. It in no way suggests explicit or implicit promotion of geoengineering technologies. Instead, the discussions are intended to understand the perspectives of different groups of stakeholders in India and explore topics such as ‘Evolving Indian Environmental Policy as a context for the Governance of Climate Change’, ‘Issues of International Law and Governance posed by Climate Geoengineering’, ‘Areas of Future Research for the Governance of Climate Geoengineering’, etc.

The two day workshop is a follow up to the workshop on “Geoengineering: Science, Ethics, Politics and Governance” which CEEW conducted in 2011 along with CSTEP Bangalore. 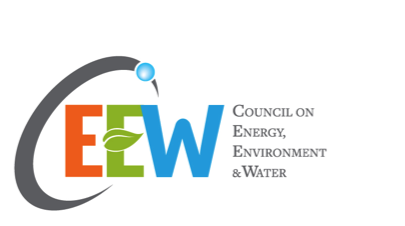 Mihir Shah is a Communications Specialist with the Council on Energy, Environment & Water, Delhi, India.

Washington Geoengineering Consortium co-founder Michael Thompson will be in Delhi for the CEEW-sponsored meeting. He will submit a follow-up blog post following the event.