Critically reflecting on religion offers useful tools to wrestle with the complexities and uncertainties of geoengineering, and will contribute to a broader and richer discussion if it is explicitly welcomed rather than ignored or resisted.

Millennia have passed since Zeus supposedly controlled the weather, and yet contemporary debates over geoengineering seem preoccupied with the connections between deities and the climate—regardless of which side of the debate you find yourself. For example, in a 2011 op-ed calling for more research on geoengineering, Mark Lynas insisted that “playing God is good for the planet.” Calling for caution, in contrast, Clive Hamilton published a 2013 op-ed skeptically asking “is it wise to try to play God with the planet?”

It is telling that both sides of the debate use the same metaphor of “playing god” in what otherwise appears to be a secular discussion. Lynas, Hamilton, and many others frequently argue over geoengineering using religious metaphors (though not necessarily in religious ways), suggesting that there is something almost theological in this discussion, something that has not yet been fully acknowledged or widely embraced.  Why do questions of mastery of the climate continually invoke the sacred?

We suggest that critically reflecting on religion offers useful tools to wrestle with the complexities and uncertainties of geoengineering, and will contribute to a broader and richer discussion if it is explicitly welcomed rather than ignored or resisted. Public discussions of climate change most often present religion as an obstacle, and there are certainly those who use religion to argue that climate change cannot be happening, is not anthropogenically-caused, or does not require urgent response. However, other religious people are motivated by their faith to study climate change scientifically, to engage in personal and political activism, or even to call for sweeping economic and cultural revolution. Religion is more complex than any simplistic caricature, as shown in Veldman, Szasz, and Haluza-DeLay’s recent book, How Religions are Responding to Climate Change: Social Scientific Investigations. It is the study of such complexity that will benefit our understanding of geoengineering, ethics, and policy.

The place of religion in discussions of geoengineering has only recently been acknowledged. Recognizing the need, Mark Lawrence, Dieter Gerten and Stefan Schäfer organized a 2013 workshop in Potsdam, Germany focused on the “Religious and Spiritual Perspectives of Climate Engineering,” sponsored by IASS and PIK-Potsdam. Other researchers in religious studies recently have begun to take up the task as well.

In an essay published in the May/June 2014 issues of The Bulletin of The Atomic Scientists, we built on this theme to argue that the conversation on geoengineering needs to more broadly account for the ways religion can and should be included.  Specifically, we suggested four reasons to include religion in discussions about geoengineering:

1.)   Religion is a fundamental cognitive framework with which many people and most cultures define themselves and their place in the world.

2.)   Religious beliefs often function to challenge or reinforce the credibility of scientific and technical ideas in public discourse.

3.)   Religious metaphors are already used to frame portions of the debate about geoengineering, a fact suggested by the prominent use of religious metaphors in contemporary discussions about “playing god,” to avoid a “climate apocalypse.”

4.)   Religion offers powerful and tested vocabularies for moral debate in response to social and public questions.

As an example, consider our fourth reason: religious discourse can clarify and deepen moral arguments about if, when, and why geoengineering might be considered. Clearly religion is not the only source of ethical vocabulary, but faith traditions offer tools for talking about right and wrong, good and evil, that have been tested and laden with meaning over centuries.  Tempered by time and familiarity, the ethical imagination of religious traditions is relevant, evocative, and powerful.  Religious language resonates even beyond adherents: for example, the Dalai Lama and Archbishop Tutu are moral leaders who use the vocabulary of their faiths to influence thinking and behavior well beyond their own traditions.

How, then, might religion enrich ethical discussions of climate engineering? Consider the debate about whether or not geoengineering creates a “moral hazard.” Alan Robock argues that the promise of a technological fix for global warming will inevitably reduce political will to reduce consumption and reform energy infrastructure. David Keith disagrees, insisting that the most profound danger is inaction and that geoengineering may be the world’s only chance to fend off the worst impacts of climate change.  This is a vital ethical debate, but it has not yet found traction outside a narrow discussion of experts. One reason is the language used: “Moral hazard” is not a term that resonates widely or deeply.

The question can perhaps be more broadly approached in religious terms. Instead of focusing on the concepts of moral hazard, religious communities experience ethics in terms of human flaws and redemption.  In explicitly Christian terms, this debate is about sin, repentance, pride, and virtue. Both sides are making an argument about “sin,” about the behaviors humans should avoid. But they have different sins in mind: Those who worry about the moral hazard of geoengineering assume that the core problem is the hubris that led to climate change in the first place, and so suggest a penitent retraction —consume less, dominate less, restore balance between humanity and the nonhuman world. Geoengineering is analogous to the Tower of Babel, an overextension of human power that can only end in catastrophe.

By contrast, those who call for geoengineering assume that the urgent moral failing to be solved is inaction: people have too long sat idly by as the climate changes. In this context, it makes sense to frame geoengineering as an unfortunate but nonetheless brave and innovative response. Assumed here is the idea that hardworking people can improve the world through positive action, a position made famous in early Christian debates by the 5th century theologian Pelagius. Pelagius rejected gloomy interpretations of original sin and insisted on the inherent goodness and cleverness of human beings. Viewed from a Pelagian lens, the real danger to be avoided is the temptation to wring our hands fruitlessly while the world burns.

This debate is not framed in abstract concepts, but in narratives about the place of human beings in the world.  The choice is between the Tower of Babel and Pelagianism, between an insistence on modesty to correct pridefulness or an ingenuity to correct sloth. The issue of moral hazard is still present, but has been framed in terms that resonate within the lived traditions of faith communities. In a world of anthropogenic atmospheric change, which sin requires more urgent attention: pride or sloth? Such a framing of the question will particularly speak to those familiar with the Christian tradition, but other language will also enter into the conversation when a diverse group of religious leaders and religious scholars are invited into the conversation.

Of course, including religious people and using religious language will not answer all questions, and we do not seek a public policy formed by religious people or a scientific discourse answerable to faith statements. Rather, we know that the complexities and challenges of geoengineering will be discussed for many years and decades to come, and we hope that the resources of religion will be included in those discussions.

Dr. Kevin J. O’Brien teaches courses in Christian ethics, comparative ethics, and environmental ethics at Pacific Lutheran University. In addition to the Department of Religion, he teaches in the International Honors and the Environmental Studies programs, with every course emphasizing the importance of thinking critically about contemporary moral issues. His current research focuses on the intersection between the Christian peace tradition and contemporary environmentalism. He is author of the book An Ethics of Biodiversity: Christianity, Ecology, and the Variety of Life (Georgetown, 2010) and co-editor of the textbook Grounding Religion: A Field Guide to Religion and Ecology (Routledge, 2010). 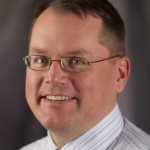 Dr. Forrest Clingerman is an Associate Professor of Religion and Philosophy in the Department of Religion & Philosophy at Ohio Northern University.  His publications include “Geoengineering, Theology, and the Meaning of Being Human.” Zygon: Journal of Religion and Science 49, no. 1 (March 2014): 6-21 and “Imagination and Fallibility: Ian McEwan’s Solar and Framing Climate Change for Theological Reflection.” Theological Reflection and the Integrity of Life: Theology, Human Flourishing and Freedom. Edited by David Jasper and Dale Wright.  Aldershot: Ashgate, 2013.