Researching at the Top of a Slippery Slope?

Does researching geoengineering—specifically, stratospheric aerosol injection (SAI)—lead us onto a slippery slope, at the bottom of which awaits the deployment of a morally objectionable technology? Should we perhaps abandon research now on account of the possibility that we’ll slide down such a slope? In a recent publication, I argued that we should be cognizant of the possibility for research into SAI to lead to objectionable deployment scenarios. But, for two reasons, I concluded that the slippery slope worry shouldn’t lead us to abandon research into SAI.  First, research need not lead inexorably to deployment, and, second, deployment is not necessarily objectionable. In this post, I want to provide a quick synopsis of that publication, which you can find here.

Consider next what can be called the Decisive Slippery Slope Argument (DSSA):

Setting aside the difficulty of deciding what counts as research and what counts as deployment, I think there are two reasons to question whether research into SAI will lead unavoidably to deployment. The first reason to question whether research will lead to deployment is that often research into novel technologies does not lead to the development of the technology. For example, data from the pharmaceutical industry shows that a mere one in nine compounds makes it from research to development. Sometimes these new entities fail to reach the developmental stage because they are deemed unsafe by regulatory agencies. This points to the importance of regulatory agencies that can halt the development of suspect technologies (a topic I’ll touch on below). But it contradicts the idea that research into new technologies tends to lead to their development.

The second reason to question whether research will lead to deployment rests on a differentiation between development and deployment. That is, even if research into SAI were to lead to development, it may not lead to deployment. Consider the example of nuclear weapons in South Africa. After a couple decades of research, South Africa had developed a fully functioning nuclear bomb. To put it differently, state-sponsored research led to development. But shortly after successfully developing the bomb, the country abandoned its nuclear program and actually dismantled the fruits of research. The South Africa example shows that even after costs have been sunk and research has led to development, deployment is not a foregone conclusion. Rather, through political action and demonstration, deployment can be avoided.

Ultimately, neither premise of the argument strikes me as obviously true. And with each premise being questionable, the inference to the conclusion is weak. Now, I don’t think that the weakness of the Slippery Slope Argument shows us that we have nothing to worry about with respect to research into SAI. Rather, I think the weakness of the argument shows that research can be done without objectionable deployment scenarios necessarily arising. But it’s up to us and the institutions we develop to make sure that research only proceeds if it really ought to. To that end, I want to briefly highlight three approaches that could be used to minimize the risk of research leading unjustifiably to deployment.

First, we could use a stage-gate system, as advocated by the World Health Organization in their report on testing genetically modified mosquitoes. The idea is to have a regulatory body that can grant or withhold approval for projects to move from, say, lab testing to field trials, or from field trials to low-scale deployment. And how approval is granted can also be fine-tuned. For instance, we could require a majority, a super majority, or the unanimous agreement of the regulatory panel in order for the move from one stage to the next to be approved.

Another approach has been floated by David Keith, Edward Parson, and M. Granger Morgan. The idea is to assemble two research teams: a blue team charged with researching the best possible way to develop and deploy the technology; and a red team charged with finding holes and identifying problems with the blue team’s research.

Third, and most importantly, we could incorporate public engagement into the regulatory process. Public engagement could be manifested in many different ways, from something like the EPA’s comment period, to embedding public bodies directly into the decision-making process. Giving the public an official voice in the geoengineering decision-making process could serve as an important check on institutional insiders who might fail to halt research when they should.

Unfortunately, none of these approaches is currently being used. In fact, at the moment, we have no regulatory body overseeing geoengineering research at all. This undoubtedly needs to change. Whether regulation happens through an international body like the UNFCCC or whether it is done in a more piece-meal fashion with national governments taking the lead, significant regulation of some kind is a must.

To summarize, we should be aware of the potential for research into SAI to gain momentum and lead to unjustifiable deployment. But (a) it isn’t the case that research will necessarily lead to deployment, and (b) it isn’t clear that we wouldn’t want to deploy SAI at some point in the future. I genuinely hope that our investigation into SAI remains at the research stage and that we never end up in a situation in which it makes sense to lean on the technology. I hope that the global community takes its intergenerational obligations seriously and limits the negative effects of climate change through mitigation and adaptation. With each year that passes in which we fail to take appropriate action, such a hope feels more and more unrealistic. 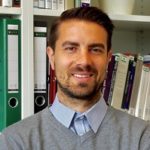 Daniel Edward Callies is a postdoctoral scholar at the Institute for Practical Ethics at the UC San Diego, and the author of the recently released book, Climate Engineering: A Normative Perspective (Lexington Books, 2019).  He graduated cum laude with a BA in philosophy from San Diego State University (2008), and later returned to complete an MA (2012) writing on “Equality, Responsibility, and Climate Policy.” In 2013, he began a PhD at Goethe University Frankfurt under the supervision of Prof. Darrel Moellendorf. In the summer of 2016, he moved to Harvard’s Kennedy School of Government as a Predoctoral Research Fellow in the Belfer Center’s Science, Technology, and Public Policy Program. After submitting his dissertation (“On the Ethics and Politics of Climate Engineering”), he joined the Université catholique de Louvain (Belgium) as the Bernheim Postdoctoral Fellow in Social Responsibility. Daniel defended his dissertation (2018) and then worked as a postdoctoral fellow at Goethe University until joining the Institute for Practical Ethics in the fall of 2018.