In the last few years, discussions of the Anthropocene (the new geological epoch shaped by human activities that we are living in) have begun to re-evaluate some cherished beliefs of modernity, not least the assumption that planetary geography is the given context for the human drama. The sheer scale of human activity which is becoming apparent to scientists, only most obviously the relentless upward trend of carbon dioxide in the atmosphere, has spurred on discussions of geoengineering that have profound implications for geography and how we understand geopolitics. Other dimensions of planetary change, from the dramatic reconfiguring of many terrestrial ecosystems as agriculture and urbanization spread, to the acidification of the oceans and the fixing of vast amounts of nitrogen in artificial fertilizers, are clearly emphasizing that we do indeed live in novel times. The assumption of stable geographical conditions for humanity in coming decades is no longer valid. Climate change, as the title of Naomi Klein’s forthcoming book has it, “changes everything”.

Notwithstanding these insights, numerous discussions of contemporary geopolitics and scenarios for future conflicts in part caused by climate change still assume a remarkably stable geography as the appropriate context for planning and strategy. Conventional thinking still frequently asks what impact climate change will have on geopolitics. What is only beginning to dawn on academics, and to a lesser extent on policy makers, is that the Anthropocene implies that in some key senses these assumptions are backwards. While climate change might indeed have impacts on politics, it is now clear that how states conduct their geopolitical strategies in coming decades will have profound impacts on the future geographical configurations in which conflict or cooperation will play out. The important question isn’t what impact will climate change have on geopolitics, but rather how geopolitics will shape what kind of climate change we get. This is the context in which the discussion of geoengineering now needs to take place because it is all about shaping the future, or at least thinking about how parts of humanity might try to do so, either for national advantage or as an attempt to act in the global interest.

The suggestions that solar radiation management might cool the planet at least a little to buy time to deal with the problems caused by humanity’s over eager burning of fossil fuels, raise all sorts of questions about who should act how and where. Political questions about who decides, whether governance institutions are in place before experiments get seriously underway, and how decisions about how hot it will get are made are endless. They all emphasize that global security is now a matter of interconnections both ecological and technological; the Anthropocene is an increasingly artificial context. The supposed stable configuration of geography, with relatively predictable climate patterns, coastlines and icepacks in familiar locations, and clear demarcations of territorial control on land are increasingly dubious assumptions as weather patterns change, sea levels rise and ice packs disintegrate while technological innovations, communications and global markets cause rapid fluctuations in the price in food and other essentials across boundaries.

The point to the Anthropocene is that humanity is effectively taking its fate into its own hands. We are no longer in a situation where environmental concerns are about protecting particular spaces from direct human disruption. Yes conservation is important, not least in ensuring that species can migrate to deal with climate changes and other environmental disruptions, but the scale of human activity is such that we are collectively making the future ecological conditions of the planet. The rich, prosperous, fossil fuel using part of humanity has effectively become a geological agent in the planet’s history. We have done so by turning rocks into air at a prodigious speed, because in geological terms that is what burning coal, oil and gas does. In doing so we are changing the given geographical context of human affairs.

In this perspective the geoengineering debate is but one more dimension of the transformation of the human condition. But it is especially important now because with it the politics of deliberately shaping the ecological parameters of the future come into very clear perspective. How hot should it get? Crucially, who should decide is now unavoidable. Middle size states, large corporations, and at least a few billionaires have it in their power to launch solar radiation management programs. If these matters are not soon put explicitly into the context of global security as a common problem in need of cooperative solutions, the potential for unilateral experiments grows, and with it the potential for all sorts of geopolitical difficulties. But if these conflicts happen they will not be as a consequence of climate change but rather as a result of unilateral attempts by the rich and powerful to engineer futures that might be preferable to their particular parts of humanity.

Most states also have it in their power to change the land use patterns of their territories by reforestation, changing agricultural production and shaping building and industrial strategies to reduce carbon dioxide emissions. These are much “softer” options, and ones with much less obvious propensity for geopolitical disagreements. But they too do have important consequences for the future of the planet. The point that we are now literally producing nature at the planetary scale is key to discussions of geoengineering and many other matters related to environmental change generally and climate specifically.

Getting this context clearly understood as the premise for policy discussion is important now if progress is to be made in shaping the future in ways that avoid potential political pitfalls as the impacts of climate change accelerate. Social scientists have a key role in convincing policy makers that, in the new context of the Anthropocene, geopolitics now has to be about sharing a crowded world rather than trying to dominate a divided one. 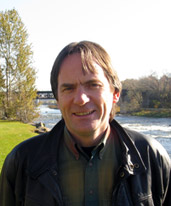 Simon Dalby is CIGI Chair in the Political Economy of Climate Change at the Balsillie School of International Affairs in Waterloo, Ontario, and author of recent articles in Global Policy, and RUSI Journal on climate and geopolitics in the Anthropocene.