Simon Nicholson – Why civil society engagement with geoengineering is crucial

Dr. Rachel Smolker, co-director of Biofuel Watch, wrote an article a few days back for the Huffington Post, highlighting a recent meeting organized by the Washington Geoengineering Consortium (WGC). Smolker attended the meeting, and she, through her work with Biofuel Watch and other organizations, is an ardent and thoughtful observer and critic of certain geoengineering efforts. Smolker has not, though, provided in her Huffington Post article an entirely fair characterization of the WGC meeting’s intent nor its outcomes. I would like to offer a few correctives here on behalf of the WGC, and to also push back against some of Smolker’s broader analysis of the geoengineering conversation. Smolker’s article implies that the meeting organized by the WGC is part of an effort to normalize the geoengineering conversation, and that such a normalization is being sought by people who wish to see geoengineering activities subvert or supplant other efforts to respond to climate change. Let me be clear: The WGC is not a part of any such agenda. The WGC was started out of a sense that the geoengineering conversation is evolving quickly, and that, to date, civil society groups have paid insufficient attention. Each of the founding members of the WGC has deep concerns about certain of the social and political implications of the most-discussed geoengineering options, and are interested in generating more robust public and civil society engagement with geoengineering to ensure that considerations of justice and equity, in particular, receive adequate attention. We are not seeking to normalize talk of geoengineering; we are, instead, seeking to problematize the existing conversation, before the parameters of that conversation are set by voices paying insufficient attention to the social implications of development and deployment. In the climate realm, a ready analogy can be drawn with the adaptation discussion. Civil society groups willfully ignored or dismissed any talk of adaptation for many years, out of a fear that to even discuss adaptation would suck the wind from mitigation efforts, and that any attention to adaptation would give the area unwanted legitimacy. By the time civil society organizations started to pay attention to adaptation, the conversation was dominated by technocratic concerns about financing, technology transfer, and the like. Civil society actors have had to play catch-up to ensure that the needs and concerns of the world’s vulnerable people and ecosystems are given adequate attention. The geoengineering conversation will likewise move forward with or without civil society engagement. The most discussed geoengineering alternatives will be far too attractive to powerful political interests to simply fade into the background. Much better, the WGC warrants, that civil society actors seek to be a constructive part of the geoengineering conversation than to ignore it. The meeting that Smolker attended on November 4, 2012, was a closed-door gathering for representatives of civil society groups with a presence in Washington DC. The intent of the WGC was to pull together a diverse range of voices, and in particular to broaden the range of people and groups engaging with geoengineering. Ultimately, the meeting brought together 40 or so people representing 30 or so different groups, for an afternoon of frank and probing dialogue. You can find a report summarizing the meeting here. The discussion sessions of the meeting were closed-door for a simple reason: we wanted to allow participants to speak openly and freely, without falling back into overly-rehearsed position statements. The sense of the WGC is that the geoengineering conversation is too important, and the array of technologies falling under the umbrella term geoengineering too diverse and distinct, for blanket positions for or against geoengineering to make much sense. The WGC is pushing for nuanced engagement with the full range of geoengineering technologies, and the full range of pros and cons that those technologies entail. This first meeting organized by the WGC will be followed by other interactions with civil society groups. Please let us know if you would like to be a part of future events.

Geoengineering is the expected response of a culture that looks to technological solutions to complex societal challenges.

Smolker’s article does a disservice, I think, by suggesting that any meeting organized to discuss geoengineering is part of an effort to railroad the world into a geoengineered future. She also does a disservice by suggesting that climate geoengineering should be dismissed as a domain for “career seekers” and “scientists with superman complexes.” There are careerists with superhero complexes in all fields, of course. The geoengineering field likely has its share. Most working on geoengineering, though, are motivated by a deep desire to do something constructive in the face of humanity’s greatest collective challenge. If those doing the work are paying insufficient attention to important issues, well, that’s for civil society actors to correct through engagement. To impugn intentions does little good. The title of Smolker’s article is, “Geoengineering the Sky is Not Normal.” This, however, is a mischaracterization. Geoengineering is in fact entirely normal. It is the expected response of a culture that looks to technological solutions to complex societal challenges. It makes far more sense, in that light, to have an active voice in the geoengineering conversation than to seek to suppress it. 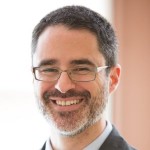