According to the IPCC: “Two categories of geoengineering are generally distinguished. Removal of GHGs, in particular carbon dioxide termed ‘carbon dioxide removal’ or CDR, would reduce atmospheric GHG concentrations… ‘Solar radiation management’ or SRM technologies aim to increase the reflection of sunlight to cool the planet.”

The salient feature of this definition is remediation: any strategy that is “intentionally designed to counteract the climate effects of past greenhouse gas emissions to the atmosphere” (emphasis mine, source: Bipartisan Policy Center) falls under the academic definition of geoengineering. The risks, costs, and/or uncertainties surrounding those solutions are not salient features of this definition, which is important because those characteristics do feature prominently in the popular conception of geoengineering. 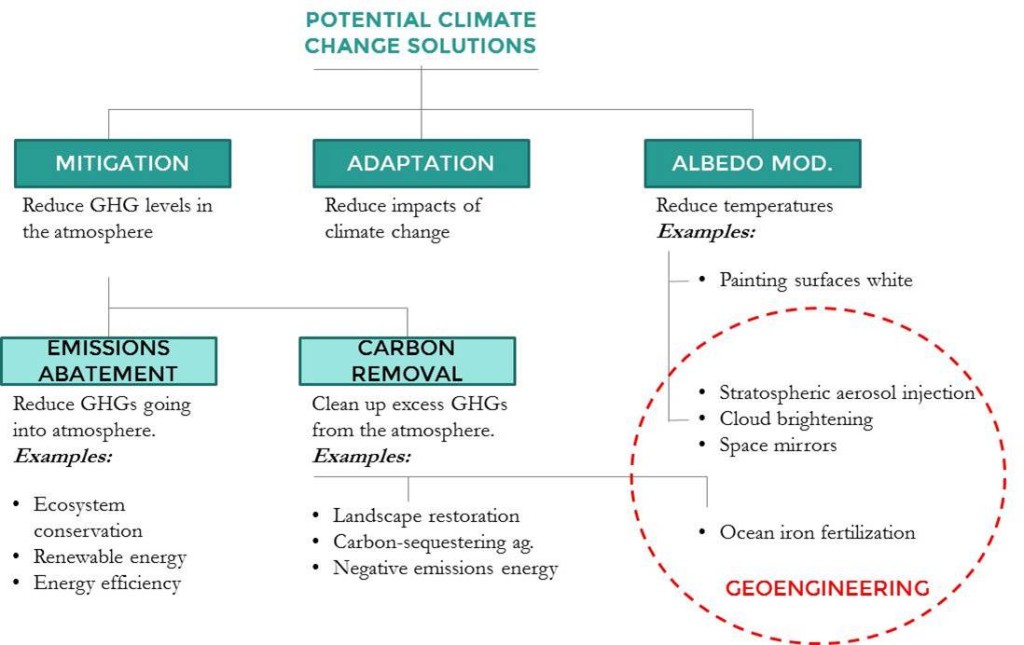 In practice, geoengineering solutions include some—but not all—mitigation and albedo modification solutions.

Noah Deich is Executive Director and Founder of the The Center for Carbon Removal, an initiative of the Berkeley Energy and Climate Institute at the University of California, Berkeley.  He has experience in management consulting, where he worked on clean energy and corporate sustainability projects. Noah has also conducted carbon removal business analyses for investment firms across the globe. He received his M.B.A from UC Berkeley in 2015, and his B.A. from the University of Virginia in 2008.