Climate-induced migration and climate engineering: Three notes on how to think through them together – Holly J. Buck

Climate-induced migration is having a moment in the light, with press reports on Syria’s migration crisis occasionally featuring the climate-change angle. US Secretary of State John Kerry, during a recent trip to Alaska, commented on “climate refugees”: “You think migration is a challenge in Europe today because of extremism, wait until you see what happens when there’s an absence of water, an absence of food, or one tribe fighting against another for mere survival.”

One thing Kerry’s warning didn’t highlight was an equally damning absence, alongside those scarcities of water or food: the absence of smart policymaking across the board. Europe’s migration policy has been exposed as fractured; the policies of the West towards the slow bleed in Syria have illustrated what happens down the causal chain when there is a failure to act. If this migration crisis is a climate migration crisis, then it also highlights the lack of a regime to deal with climate-induced migration.

The lack, though, is understandable. Many reports point to a paper by Kelley et al, which is one among many that point out an association between the “catalytic effect” of 2007-2010 drought in Syria and political unrest. In the causal chain that the Kelley paper describes, the drought prompted migration from the arid eastern countryside to the cities (which already hosted a million Iraqi refugees), and the peripheral settlements became centers of unrest, which led to war. (What’s present in the paper, but less so in press reports, is the severe impact of poor agricultural and groundwater policies of the Assad regime).

But the idea that there is some direct line that can be traced between a drought and war is altogether too simplistic. All scholarship on the relationship between climate migration and unrest (including Kelley et al’s paper) makes clear that there is always a complex of factors, which begs the question: can international law make decisions on conferring migrant or refugee status if someone is, say, a 30% climate migrant, a 20% economic migrant, and a 50% war refugee? The crux of the challenge is obvious.

Governing climate engineering, with its uncertainty and difficulty in attributing consequences, is a similarly complex institutional design challenge.

What can we learn from examining these international governance dilemmas together? Three notes:

This need to transcend the trappings of apocalyptic imagery goes beyond the need for a different kind of discourse: we need a different kind of mapping to understand what’s going on. While think tanks and analysts come up with maps featuring red climate migration “hot spots”, parallel maps could be sketched out with flashpoints in destination countries, or the journey from the migrant’s point of view. This helps us understand and anticipate the blocked buses of undocumented women and children from Central America in Murietta, California, or the sudden encampment around Keleti station in Budapest. Remapping the terrain — accomplished by talking to people on the ground — can sketch out where people move and why, as well as where resistance or other political dynamics lie, informing smarter policy. These processes of remapping and challenging emergency framings are just as necessary when it comes to understanding how geoengineering would be seen by people in particular places [insert yet another call for more-tightly-integrated social and natural science here].

One take-away here is that migration shatters the still-lurking image of climate engineering as a simpler, technological work-around for large-scale energy transition: it won’t be a simple work-around, given the inherent links to migration and other social issues.

Unlike many critics, I hold some hope that smart policy can help anticipate and relocate migrants, whether their climate hardships are attributable to climate change or geoengineering: a best-case scenario for geoengineering would include the costs and a funding mechanism for this. Talking about (or accepting) the need for relocation is contentious, but perhaps thinking about the scope of it and costs can be a motivator for more stringent emissions cuts.

Why hold out any hope, though, when the world generally has such a terrible track record with displacement? Nation-states and international organizations already have experience (often negative experience with many hard lessons) about helping and relocating people after climatic shocks. Large-scale, global, or organized help might seem at first glance like the social version of geoengineering, the extension of managerial logic— we can refer here to James Scott’s work on the “large-scale social engineering” of the ujamaa village campaign in Tanzania, where 5 million were resettled in the mid-1970s. While states were interested in the sedentarization of people, making them “legible”, the states of tomorrow may be interested in helping their populations be fluid, liquid modern subjects who are still legible due to new mobile technologies. In any case, planning for and accommodating migration does not need to be a dystopian high-engineering proposition; much can and will be done on local levels. Eschewing planning in a blanket sense would be like eschewing technology writ large— a better approach is to engage with these concepts early and reflexively. 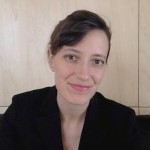 Holly Jean Buck is Faculty Fellow at FCEA, and a PhD candidate in Development Sociology at Cornell University, where she is also a Research Fellow at the Atkinson Center for a Sustainable Future.  Her research interests include agro-ecology and climate-smart agriculture, energy landscapes, land use change, new media, and science and technology studies. With regards to climate engineering, she has written on humanitarian and development approaches to geoengineering, gender considerations, and media representations of geoengineering. As a geographer and creative writer, she approaches social science analysis with both spatial and narrative lenses: meaning that space and environmental geography matters, but so do storylines, imagery, and performance.  She holds a MSc in Human Ecology from Lund University in Sweden.