Multilateral climate negotiations led by the UN have ended on disappointing notes of late. This has prompted climate scientists to weigh the pros and cons of climate geoengineering. Indian scientists, policymakers, and the public must also engage in these debates, especially given the potentially major implications of geoengineering for the monsoons in South Asia and Africa.

But while a proper scientific and technological assessment of potential risks is important, it wouldn’t be enough.

Since 2016, an academic working group (AWG) of 14 global governance experts (including the author) has deliberated on the wisdom and merits of geoengineering. In a report, we argue that we ought to develop ‘anticipatory governance mechanisms’.

While people often equate governance with top-down regulations, the AWG’s vision emphasises a combination of regulatory and voluntary strategies adopted by diverse state and non-state actors.

In the same vein, it’s also important to unpack the umbrella terminology of ‘geoengineering’. It comprises two sets of technologies with different governance implications: carbon geoengineering and solar geoengineering.

Carbon geoengineering, or carbon-dioxide removal, seeks to remove large quantities of the greenhouse gas from the atmosphere. The suite of options it presents include bioenergy with carbon capture and storage (BECCS). This would require planting bioenergy crops over an area up to five times the size of India by 2100. Obviously such large-scale and rapid land-use change will strain the already precarious global food security and violate the land, forest and water rights of hundreds of millions.

The second cluster of geoengineering technologies, solar geoengineering, a.k.a. solar radiation management (SRM), seeks to cool the planet by reflecting a fraction of sunlight back into space. While this could help avoid some of the more severe effects of climate change, SRM doesn’t help reduce the stock of carbon already present in the atmosphere. Scientists also caution that geoengineering may distract us from investing in emissions reduction. But we know from experience that policymakers could ignore such cautions in the policymaking process.

This means problems like air pollution and ocean acidification will continue unabated in the absence of profound climate mitigation actions. On the other hand, by altering atmospheric temperature, SRM could significantly disrupt the hydrological cycle and affect the monsoons.

Just being interested in minimising disruptions to the monsoons should encourage India to help develop international geoengineering governance.

But before we can get into into the nitty-gritty, there’s a question that must be answered. Why should the global community think about  governing climate engineering at this stage when all that exists of SRM are computer simulations of its pros and cons?

First, the suggestion that geoengineering technologies merely fill a void left open by a “lack of political will” doesn’t capture the full array of possibilities. The IPCC Special Report on the effects on a world warming by 1.5°C includes a scenario in which the Paris Agreement’s goals are secured by 2050. This pathway banks on social, business and technological innovations, and doesn’t require resorting to radical climate responses or sacrificing improvements in basic living standards in the developing world.

On the other hand, $8 trillion’s worth of investments have already been redirected away from fossil fuel operations. These successes owe thanks to a global divestment movement led by environmental activists and student groups. (Such an outcome was thought to be politically infeasible only a few years ago.)

Second, recent research has shown that some geoengineering technologies, such as BECCS, could compete against the pursuits of more “ ecologically sound, economical, and scalable” methods (source) for enhancing natural climate sinks.

Third, despite a lot of progress in recent years, we don’t know enough to support a full assessment of the intended and unintended effects of geoengineering.

Decisions about which unresolved questions of geoengineering deserve public investment can’t be left only to  the scientists and policymakers. The community of climate engineering scientists tends to frame geoengineering in certain ways over other equally valid alternatives.

This includes considering the global average surface temperature as the central climate impact indicator and ignoring vested interests linked to capital-intensive geoengineering infrastructure. This could bias future R&D trajectories in this area.

And these priorities, together with the assessments produced by eminent scientific bodies, have contributed to the rise of a de facto form of governance. In other words, some ‘high-level’ scientific pronouncements have assumed stewardship of climate geoengineering in the absence of other agents.

Individual research groups (e.g. Harvard University’s Solar Geoengineering Research Program) have opened themselves up to public scrutiny. They don’t support commercial work on solar geoengineering and have decided not to patent technologies being developed in their labs. While this is commendable, none of this can substitute more politically legitimate arrangements.

The case of the Indian monsoons illustrates these challenges well. Various models of the Geoengineering Model Intercomparison Project have shown that SRM in use will likely cause the net summer monsoon precipitation to decline from 6.4% to 12.7%. (These predictions are based on average changes in atmospheric temperature, which means bigger or smaller variations could occur over different parts of India.)

So politically legitimate international governance is important to ensure global responses to climate change account for these and other domestic consequences.

As a first step, the AWG report recommends the UN secretary-general establish a high-level representative body to engage in international dialogue on various questions of governing SRM R&D, supported by a General Assembly resolution. Among other things, the mandate of this ‘World Commission’ could include debating whether, and to what end, SRM should be researched and developed and how it could fit within broader climate response strategies.

Then again, debates over solar geoengineering can’t be limited to global bodies and commissions. So the AWG also recommends the UN create a global forum for stakeholder dialogue to facilitate discussions on solar geoengineering. Such a forum could engage a variety of stakeholders, including local governments, communities, indigenous peoples and other climate-vulnerable groups, youth organisations and women’s groups. Only such a process is likely to effectively represent Indian peasants and farmers at the receiving end of a longstanding agrarian crisis.

These proposals for geoengineering governance build on various precedents. For example, from the 1990s, the World Commission on Dams demonstrated the feasibility and value of an extensive multi-level governance arrangement.

In 2018, policy experts have finally recognised that global climate governance can’t ignore the general public’s concerns. It would be best to avoid rediscovering this wheel in the international governance domain of climate geoengineering. 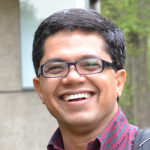 Prakash Kashwan, PhD, is an associate professor at the University of Connecticut, Storrs, and was a member of the AWG. The South Asia edition of his book Democracy in the Woods (2017) is due out later this month.