Columbia University Professor Wally Broecker has recently published a thoughtful opinion piece (open access) on the judiciousness and potential of air capture geoengineering in the new journal Elementa: Science of the Anthropocene.

At the outset, Broecker develops the theme that drives most of the support for geoengineering research in contemporary society, despair over feckless climate policymaking, or as Broecker characterizes it “nibbles by developed countries … swamped by increased energy demand in traditionally poor countries.” After portraying albedo modification geoengineering approaches as only a “band aid” that could help ameliorate climatic impacts until we found permanent solutions, Broecker focuses on air capture as such a potential permanent solution.

Broecker notes that while there are three private groups in the U.S. and one in Switzerland that have launched air capture projects, none have garnered sufficient funding to build and test a complete and automated prototype. This has left us with highly variable estimates of project costs, ranging from Klaus Lackner’s claim that air capture could be effectuated for less than $100 per ton of carbon dioxide to more than $1000 in a 2011 study, as well as the American Physical Society’s estimate of about $600 per ton.

Broecker nicely summarizes the approach of Lackner, who contemplates the development of mass production of modular air capture units that would be shipped to sites of deployment. If each such unit were to capture one ton of carbon dioxide per day, then Broecker estimates that 100 million units would be required to capture the 32 billion tons of carbon dioxide produced annually from fossil fuel combustion. As each unit is estimated to require the amount of materials required to produce an automobile, he argues that it is within the capacity of a society that currently produces 80 million automobiles annually.  However, he also notes that 400 million additional units would be required if we wished to bring carbon dioxide down by 10pm annually. Given resource constraints, he concludes this might require the simultaneous use of albedo modification approaches in a time of climatic crisis.

Broecker also outlines several potential advantages of air capture over carbon capture and sequestration (CCS), including the potential to sequester carbon dioxide on-site rather than piping it over long distances, the need to only strip out a relatively small percentage of carbon dioxide from the air (30%), and the potential for mass production of units instead of custom design of CCS units for existing facilities. He also suggests that air capture could contribute to de-carbonizing the transportation sector by permitting us to combine hydrogen produced by water electrolysis with captured carbon dioxide to produce liquid fuels. Moreover, an air capture initiative could produce a substantial number of jobs since it would create an industry 10-20% of the size of the energy sector. Finally, it would raise the price of fossil fuels, helping to level the playing field for renewable energy options.

Broecker concludes by calling for a government-funded program, with “Manhattan Project”-like targets and time tables. This is necessary, he contends, given the fact that industry and venture capitalists view the prospects of air capture as too remote to justify substantial investment.

Broecker’s piece poses some interesting questions. In poo-poing concerns that a commitment to air capture research might create a “moral hazard” scenario in which pressure will be reduced to pursue a transition to renewable energy, he argues that air capture will take many decades to ultimately deploy. However, this sidesteps the question of whether there are substantial opportunity costs in pursuing a full-throated air capture R&D program. Thus, it would be important to assess costs of ramping up such a program over the next few decades, and the potential implications for crowding out renewable energy R&D and deployment. Also, as Broecker himself points out, if the ultimate cost of air capture is in the range of $600-1000 per ton, it will not prove viable. While he embraces Lackner’s much lower estimates, it would be interesting to know why he thinks such estimates are more reasonable. Finally, absent from Broecker’s analysis is a consideration of the implications of seeking to store up to 34 billion tons of carbon dioxide annually in terrestrial or ocean-based facilities, including the imposing environmental and health risks associated with potential leakage, and the huge “NIMBY” battles that may ensue in areas where such facilities might be sited.

However, at the end of the day, it’s hard to disagree with Broecker that air capture is an option that must be seriously considered given the continued dithering of the world community in addressing climate change. 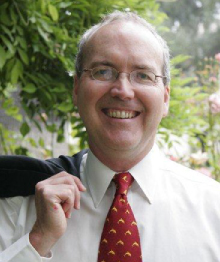