Simon Nicholson – What is the Washington Geoengineering Consortium?

The Washington Geoengineering Consortium (WGC) was set up in late 2013 by a small group of academics based in Washington DC. We started the WGC for a couple of reasons. First, it’s our sense that the conversation about geoengineering is maturing in important and interesting ways. Proposals for large-scale weather and climate modification schemes have been floating around for a good long time. Such proposals, and those who made them, were, though, mostly consigned to the fringes of serious reckoning about climate change and other related challenges. Now, though, this is changing. Geoengineering is rapidly becoming a more mainstream proposition. As our resources page indicates, there are now growing numbers of credible scientists and scientific bodies paying attention to geoengineering proposals. One recent study suggests that there have been as many academic articles published on geoengineering in the last three years than were seen in the prior 30. Second, the political winds seem to be shifting. There is growing dissatisfaction and dismay about established efforts to tackle climate change, even as some geoengineering proposals are gaining in credibility. It is our sense that it is only a matter of time before important political and corporate leaders start more actively pushing a geoengineering agenda. At that time, the geoengineering conversation will have moved from the relatively sober domain of scientific debate into an arena with a wholly different set of rules and pressures. The WGC has been created to ensure that a wider range of perspectives is brought to bear on geoengineering questions, before the terms of any debate are calcified and battle lines drawn. We don’t take any kind of blanket position for or against geoengineering. For one thing, such a position makes little sense, given the wide variety of technologies that the blanket term geoengineering covers. It is also our sense that the pros and cons of even the most far-reaching geoengineering should be heard, given the existential threat posed by anthropogenic climate warming.

“Our goal, then, is to be honest brokers in the ever more important geoengineering conversation.”

Our goal, then, is to be honest brokers in the ever more important geoengineering conversation. We are gathering an expanding array of resources on our website (please do poke around). The goal is to bring together the full range of perspectives on climate engineering questions, and to bring a host of new voices to the conversation. We will also continue to convene meetings and other events in Washington DC to share information about geoengineering and about our efforts. A representative report from our recent meeting with Washington DC-based civil society actors can be found here. The geoengineering conversation is moving too quickly and is altogether too important to be ignored. We will continue to play our small part in ensuring engagement with the full range of questions that geoengineering brings up, and we invite you to follow and to participate in our efforts. 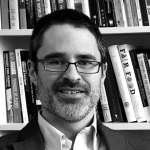