A Role for Human Rights in the Climate Engineering Debate? – Brian Citro

As the reality of climate engineering (CE) seems to draws nearer, questions about governance, coordination and accountability loom large. Leaving aside critical concerns about effective and responsible CE research and experimentation for a moment, I’d like to address a number of broad-ranging and interrelated questions: How do we ensure decision-making processes are inclusive and transparent? How should we understand and anticipate the potential social and economic impact of CE? What mechanisms will ensure accountability for these impacts and provide protection and remedies for those affected? How do we frame these questions in the first place?

Let’s consider, briefly, the role human rights might play in addressing these and other questions. In addition to providing a concrete legal foundation, human rights provide a valuable framing mechanism to understand the procedural, distributive and consequential concerns associated with CE. As a framing tool, human rights provide a well-established and widely accepted conceptual framework with which to identify and evaluate deprivations that occur as a result of CE interventions. They offer a lens through which to focus on the most vulnerable populations, understood as those likely to experience the greatest negative impact from CE. A human rights approach prioritizes the principles of nondiscrimination and participation at all levels of governance. The role of human rights should be carefully considered as we move towards a more robust debate about the benefits of CE to climate change mitigation.

A human rights approach prioritizes the principles of nondiscrimination and participation at all levels of governance.

Starting with process, the rights to participate and to self-determination, grounded in basic democratic principles, suggest that all parties likely to be affected by CE have a right to be at the table when decisions are made. I would argue this means both that affected communities within countries must be included in national debates and that countries likely to experience the impacts of CE be included—and given an equal voice—in intergovernmental processes. The principle of transparency, fundamental to the rule of law and procedural aspects of justice, suggests that all deliberation and decisions at the national and international level should be transparent and made publicly accessible. Participation and transparency, in turn, implicate the right to information—in this case, the right of people to access information about the science of CE, including its likely impacts, as well as about the decision-making processes at all levels of governance.

Two cross-cutting themes in human rights—the principle of nondiscrimination and the focus on vulnerable and marginalized groups—further help to frame procedural issues and act as a pivot to consider distributive and consequential concerns. If, as is commonly thought, the effects of large-scale CE interventions will disproportionately impact particular regions of the world, allowing these interventions to proceed without the permission of affected peoples may amount to discrimination. A commitment to ensure CE interventions are not discriminatory provides further support for the claim that all affected parties must be at the table when decisions are made. Going further, while the impact of CE may ultimately be beneficial to certain vulnerable groups—defined as communities that are poor or otherwise politically powerless at the national or international level—it may also be harmful to some of these groups. As a result, their concerns should be at the center of national and international deliberation about CE interventions. This doesn’t necessarily mean vulnerable groups should be granted a veto during these discussions, but it does suggest they should at least be given an equal voice if they are likely to experience disproportionate and negative impacts.

A commitment to ensure CE interventions are not discriminatory provides further support for the claim that all affected parties must be at the table when decisions are made.

Human rights also offer a meaningful way to frame and address the consequences of CE. The potential social and economic impact of CE interventions may implicate the rights to health, food and water. If affected communities experience droughts or other negative environmental effects that disrupt the production and distribution of food, or reduce access to clean water, or result in poor health outcomes or disruptions to local heath systems, these effects can be best framed as infringements of the rights to food, water and health. This approach is particularly valuable if the affected communities are vulnerable or marginalized within their larger communities or as a matter of relative geopolitical power. For instance, claiming violations of the right to food as a result of a drought caused by a CE intervention provides a well-established legal and conceptual framework with which to understand who was impacted and how.

Finally, framing the consequences of CE interventions as rights violations requires the parties involved to determine who bears the duty to protect against these violations, how the duty-bearer should be held accountable if they fail to do so, and what remedies should be available for affected individuals and communities. A rights-based approach to CE thus requires: a determination of who bears the duty to ensure CE interventions do not violate human rights; accountability for these violations; and appropriate remedies for those affected. Judicial systems at the domestic level, as well as international mechanisms, can be used to sort this out and to ensure duty-bearers are held accountable and appropriate remedies are available when rights are violated.

Both as a framing mechanism and a concrete legal tool, human rights provide a much-needed framework to understand and address the procedural, distributive and consequential concerns associated with CE interventions. As we move more quickly toward experimentation and potential implementation of CE, in order to ensure an inclusive, transparent decision-making process and to responsibly account for the possible negative impacts of CE interventions, the role of human rights must be seriously considered. 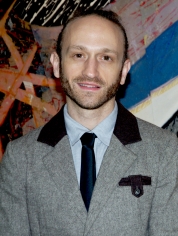 Brian Citro is a Clinical Lecturer in Law and Acting Associate Director of the International Human Rights Clinic at the University of Chicago Law School. He is also Director of “Developing a Rights-Based Approach to TB in India,” a project funded by the University of Chicago Center in Delhi and the Pozen Family Center for Human Rights. Prior to this, he worked in New Delhi, India, as a Senior Research Officer to the UN Special Rapporteur on the Right to Health and Project Manager of the “Global Health and Human Rights Database” for the Lawyers Collective, HIV/AIDS Unit. He also worked on the implementation of the report of the “Global Commission on HIV and the Law” as a Legal Consultant to the UNDP office of HIV, Health and Development. He has traveled extensively through his work with the UN Special Rapporteur and conducted UN country missions in Viet Nam, Azerbaijan, and Tajikistan, as well as regional UN consultations in Hungary, Russia, and South Africa. He has published articles on issues related to the right to health, access to medicines, reproductive health, and the human rights responsibilities of pharmaceutical companies, and he has researched and drafted UN reports submitted to the General Assembly and Human Rights Council.