There is a concern that unsanctioned geoengineering experiments will take place in spaces and places with unresolved and competing claims over sovereignty and ownership.

Two years ago next month, a small-scale but significant CDR (carbon dioxide removal) geoengineering test took place off the coast of Haida Gwaii in British Columbia, Canada. The Haida Salmon Restoration Corporation (HSRC), under its “Haida Salmon Restoration Project,” dumped approximately 100 tons of iron into the Pacific Ocean in clear violation of both Canadian national and international law.

It was claimed, by supporters of the experimental project and the Corporation’s president, John Disney, that the implementation of this test was in pursuit of restoring marine life to this part the Pacific Ocean. Disney made the case that such activity would help the fishing industry to recover from decades of overfishing and low salmon stocks. Specifically, he claimed that the increase in plankton blooms, brought about by enhanced levels of iron, would provide more food for what would eventually become a larger salmon population (Tollefson, 2012).

The Haida community voted to contribute $2.5 million to the project in pursuit of these objectives. While Disney took the lead on the project, Russ George, a controversial California businessman, designed the test itself. George is one of the most vocal supporters of geoengineering which he claims will not only generate lucrative carbon offsets for governments and corporations, but will also serve to mitigate climate change. He is currently the head of Planktos Corporation – a company whose raison d’etre is to work towards “Removing CO2 from our oceans and atmosphere by healing the seas, growing new climate forests, and erasing carbon footprints.” In 2007, George was banned from the Galapagos Islands for a failed attempt to scatter iron there.

However, several NGOs, like the ETC Group, as well as scientists and academics like Oxford’s Jason Blackstock and myself, are convinced that this entire project was misrepresented to the Haida community and, in fact, was a geoengineering trial run. Proponents of this kind of geoengineering argue that sustained iron fertilization will increase levels of carbon dioxide absorbing phytoplankton in the ocean. The phytoplankton would then sink to the ocean floor, taking and sequestering carbon dioxide with it. Russ George and John Disney allegedly told the Haida Nation that they stood to earn carbon credits from the project and would not only recoup their investment monetarily through their sale, but also through a larger salmon run. In fact, John Disney is reported to have told the villagers they would likely receive upwards of $8 million from carbon credits in just the first year (CBC, 2012). Yet, as it stands, there is no credible market for geoengineering generated carbon credits.

Currently, in Canada, ocean fertilization is not permitted under the Canadian Environmental Protection Act, 1996 (CEPA, 1999). The only exception to this prohibition is in the case of legitimate scientific research – the designation of which would have to come from an established International Assessment Framework.

The parties entrusted to uphold the 2010 “Assessment Framework for the Scientific Research Involving Ocean Fertilization” are primarily scientists working to enforce the largely aspirational Convention on Biological Diversity and London Convention and Protocol – both of which draw on precautionary approach to prohibit such testing unless, again, it is for specific and formally sanctioned scientific purposes. These purposes do not, however, include commercial activities, carbon offsetting or geoengineering. There are a number of further international resolutions, regulations and statements expressing concern about geoengineering – each of which articulate a myriad of reasons to oppose this kind of geoengineering on environmental, ethical, legal and scientific grounds For instance, on a scientific level, not only has iron fertilization been linked to ocean acidification and toxic tides, but it is also believed that it could threaten marine life as massive blooms of algae have in China’s Yellow Sea (Denman, 2008; Brasseur & Granier, 2013; Shostack, 2014).

With this CDR case in mind, and coupled with knowledge of existing law, an interesting, but largely overlooked, set of concerns can be raised. These concerns exist apart from the most obvious violation of national and international legal norms as well as the general scientific unease at the prospect of geoengineering.[1] They are as follows: first, this test may serve as the first of many to come wherein private ‘rogue’ actors take it upon themselves to test both SRM (solar radiation management) and CDR forms of geoengineering without oversight or permission from relevant legal or scientific bodies. This particular concern, while disturbing, has been covered by others in detail. The second concern, which I find even more pernicious, is that these unsanctioned tests will likely take place in spaces and places with unresolved and competing claims over sovereignty and ownership. In my mind, the HSRC experiment sets a dangerous precedent for other individual actors or corporations with questionable motives to take advantage of legal uncertainties and legislative loopholes as it relates to land ownership.

As it now stands, no official criminal charges or penalties of any sort have been laid against the HSRC. There is, however, an ongoing investigation of the experiment led by Environment Canada’s Enforcement Branch. My own attempts to get some sort of an update from the Ministry has been met with the following response: “at this time Environment Canada cannot address questions regarding potential violations of Canadian law or potential resulting charges, as this is the subject of the ongoing investigation by Environment Canada’s Enforcement Branch.” Apart from the potential legal violation, I find this particular case all the more worrying since it occurred in a community whose moral and human rights have been consistently violated by the State.

Yet, in this particular instance of geoengineering, several supporters of the HSRC project living within the Haida Community itself have claimed they in fact did have the power of independent decision-making over this test, since it was a local project and, and moreover, they believed strongly in its economic benefits and scientific validity (Lukacs, 2012).[2] In fact, the village voted in favor of the project in a democratic process. However, the Corporation did fail to consult the Council of the Haida Nation (CHN) which is a co-managed decision-making body led by the Haida community and includes two provincial representatives and one neutral chair. While the basic principle of land co-management with the province sits uneasily with many in the Haida community, since they never officially ceded land title or rights, it is required under a 2007 agreement signed by both parties.

In most cases, parsing out who owns, controls and maintains sovereignty over contested land is difficult in and of itself. It is all the more tricky when there are open legal cases and disputes that have been going on for decades. This lack of legal certainty leaves an opening of sorts for private actors who may try to test their controversial technologies. Whether we are talking of the Haida Gwaii experiment or the 2009 Indo-German LOHAFEX test in the Southern Ocean, these opening should be understood troubling byproduct of global inaction on global warming and a lack of global governance. A corollary to this is that communities in economic distress will likely be approached to sanction both CDR and SRM tests – particularly if they are sold to them as economically lucrative and with their right under the law. This latter argument can often hold a considerable amount of weight when put up against a history of state intervention in native lands.

Much of the news coverage of this issue both locally and nationally has painted the Haida community as naïve, having been taken advantage of by both Russ George and John Disney. Yet, it should be acknowledged that while there is space to criticize corporate manipulation of marginalized communities – particularly as it relates to the environment – it also too is simplistic and, frankly, paternalistic to suggest that the entire Haida Community was taken advantage of or that they were ignorant of certain realities. As noted above, many in the community feel they were fully informed partners, not victims, of the project.

Overall, the core lesson to be taken from this test is that it should not be permitted to set a precedent for other actors to deploy uncertain technologies with widespread potential consequences in pursuit of fame, profit or some kind of notoriety associated with entrepreneurial risk taking. Additionally, it also lays bare the fact that the existence of contested spaces and competing claims of sovereignty over land and the seas have created openings for these kinds of rogue tests to take place. Finally, this geoengineering test also reveals in stark terms how a world constituted by inequalities of wealth, diminishing resources, and now suffering from the effects of climate change, might begin to give in to the inertia of our present way of life to avoid making difficult changes.

[1]The UK Royal Society, IPCC and NOAA have all concluded that geoengineering should only be used as a last resort in light of potential risks and with heavy regulation, as has the Berlin Social Science Research Center.

[2] Note that the HSRC has terminated George’s contract and are undergoing a process of so-called recalibration. 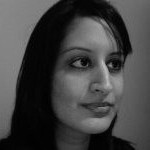