Solar geoengineering ideas remain largely confined to the imagination, with very little scientific research funded to date beyond indoor modeling studies. Explicit policy demand for this supply of science appears to be minimal, although this could certainly change. In this context, a small group of experts advocating for more research into solar geoengineering—what we term, following Stephen Hilgartner, “sociotechnical vanguards,”—are justifying a call for more research, sometimes on equity grounds. We argue that what experts say and do to define and address issues of equity matters, because such boundary-drawing affects who is authorized to speak with regard to the advisability and contours of solar geoengineering research, and because the emerging visions of a smaller configuration of actors may have the potential to coalesce into widely-shared and collectively-held imaginaries. These early visions thus have implications for the potential development, assessment, and governance of emerging technologies. For these reasons, we analyze the content of expert understandings of equity and raise some questions about who and what gets excluded from expert discourses of equity in the context of solar geoengineering research.

Our research suggests that the expert-driven, outcome-oriented, and risk-based understanding of equity has a number of implications. First, it may suggest that more research on solar geoengineering is the only rational choice since many of the relevant equity concerns are empirical matters, amenable to resolution through the provision of more science. Second, it sidesteps the question of whether and how diverse non-experts should have a say in whether and how such research moves forward—even if it is to occur on their behalf. Third, the focus on predicting or projecting the outcomes of any future deployment at this stage may represent an exercise in speculative ethics, and risks ignoring alternative ways of thinking about equity and responsibility in the context of technological innovation. Finally, we suggest that further analysis should be directed toward whether the vanguard visions we explore reflect a broader shift in operationalizing equity within multilateral climate politics, with those bearing the greatest responsibility now recast as “risk managers” on behalf of the global poor and the vulnerable.

Following Sheila Jasanoff, we argue that those characterized as “the vulnerable” in expert discourses need to “regain their status as active subjects, rather than remain undifferentiated objects in yet another expert discourse.” (2003: 241) Empirical research suggests that publics have a set of concerns not captured in the approach to equity we analyze in this paper, including issues around moral responsibility, historical global injustices, the ability to be included in, and benefit from, technological development, and concerns around lack of agency and self-determination in shaping innovation pathways.

Hilgartner, S. (2015). Capturing the imaginary: Vanguards, visions and the synthetic biology revolution. In Science and democracy: Making knowledge and making power in the biosciences and beyond (pp. 33–55). New York: Routledge, Taylor & Francis Group. 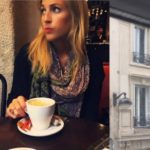 Jane A. Flegal is a Scholar in Residence with the Forum for Climate Engineering Assessment, and a  doctoral candidate in the Department of Environmental Science, Policy, and Management at the University of California at Berkeley, where she is also affiliated with the Center for Science, Technology, Medicine, and Society and the Energy & Environment Policy Lab. Jane has nearly seven years of experience in climate engineering science policy. In her capacity as a Scholar in Residence with the Forum, she offers expertise regarding the governance of climate engineering research, in particular. Jane has written on matters of public participation and public engagement, equity concerns as they relate to research, and on responsible research and innovation more broadly.  Jane previously worked as a Senior Policy Analyst at the Energy Project of the Bipartisan Policy Center (BPC) in Washington, DC. While at the BPC, she led work on climate engineering research and policy, and on federal energy innovation policy. Prior to her time at the BPC, Jane worked at the US Attorney’s Office in the Northern District of Illinois.

Aarti Gupta is a member of the Forum for Climate Engineering Assessment’s Academic Working Group on the International Governance of Climate Engineering and is an Associate Professor at Wageningen UR, Netherlands. Dr. Gupta holds a PhD in Environmental Studies from Yale University, and a Masters in Political Science from the University of Chicago. Prior to coming to Wageningen, she was a Research Fellow for two years at Harvard Universitys Kennedy School of Government, where she participated in the Global Environmental Assessment Project, and focused on the role of science and expertise in global biosafety governance. She has also been a post-doctoral scholar at Columbia University’s Center for Science, Policy and Outcomes, based in Washington DC, where she participated in a Rockefeller-funded project on technological divides and anticipatory risk governance in a North-South context. Her empirical focus has been on the issue-areas of biotechnology, biodiversity, forests and climate governance. Theoretically, she has sought to combine insights from constructivist international relations theories with international law, and science and technology studies (STS). Her most recent focus has been on the contested politics of transparency and accountability in environmental governance, with an edited volume on Transparency in Global Environmental Governance: Critical Perspectives, published by MIT Press (2014).