The article included the following passage:

The world’s climate scientists have begun to turn their attention to generating workable geoengineering projects that can either bypass governmental red tape or reverse the change [to the world’s climate caused by greenhouse gas emissions] so quickly and with such great efficacy that it might not matter if the world never manages to get its act together.

We asked a few colleagues what they make of the suggestion that a geoengineering response might mean that the world never needs to get its act together to dramatically reduce greenhouse gas emissions? Is that an exciting or a troublesome claim? Why?

Here are their responses:

Geoengineering options are very diverse, but one thing that seems to unite them is the widespread assumption that they will somehow enable us to push climate politics to one side. The Newsweek writer suggests geoengineering methods are all ‘based in science’ and will allow humanity to  ‘bypass governmental red tape’ and may make a global political agreement irrelevant.

This is wishful thinking. There are at least three reasons why political challenges that dog mitigation and adaptation efforts are unlikely to be bypassed by geoengingeering:

a)     Some methods will have largely the same political dynamics as global mitigation. Carbon capture infrastructure capable of reversing the 30+ billion tons of annual greenhouse gas emissions would require such enormous designs, development and roll-out and be so expensive that a global burden-sharing agreement would be absolutely essential.

b)     Deployment of a fast-working high-leverage technology (such as – possibly – stratospheric aerosols) may not have the same burden-sharing problems, but would surely require a global agreement for other reasons. Either climate interventions will be done under an international regime where affected parties have a say in how, when, where and how much, with effective compensation for those adversely affected – or it would effectively be imposed by the few. Such ‘rogue geoengineering’ is not a recipe for bypassing politics but for super-charging it.

c)      Geoengineering is only ever soberly suggested as a complement to serious mitigation and adaptation – which would of course still require political agreement. The ‘red tape’ problem (sic) would not have gone away, but would have a new layer on top of it. Cooling the Earth is casually assumed to ‘buy time’ for mitigation but may also cost some time if it introduces adversarial dynamics into an already tortuous political process. That risk should be factored in, not wished away.

Geoengineering in some shape or form may still be worth pursuing. But the assumption that it would render difficult collective decision-making obsolete should not be the justification. Geoengineering may be ‘based in science’ but it is most definitely not outside politics.

The Newsweek article, “Planet Reboot,” suggests that new scientific research and technology might allow a small group of technocratic activists to bypass stalled political processes and prevent the worst impacts of climate change. This possibility is presented with a kind of breathless, ‘gee whiz’ excitement. This is, perhaps, unsurprising. Climate change is already producing serious negative effects and will continue to do so. If we fail to act, many people will suffer unnecessarily, die prematurely, or be impoverished avoidably. That a small group might—by acting as ‘climate vigilantes’—be able to prevent that from happening is an exciting, even inspiring prospect.

And yet, we should pause. After all, we are skeptical of vigilantes who claim the right to bypass democracy and the rule of law for good reasons. While geoengineering may generate better consequences than some climate change outcomes, those strategies that sufficiently large to do something about climate change will also have negative side effects. Solar radiation management using sulfate aerosols, for example, will alter precipitation and weather patterns. This will cause some people to suffer and die. Importantly, the victims of geoengineering will not be the same people as the victims of ‘business as usual’ climate change. As a result, the climate vigilantes will be placing themselves in the position of judging—for everyone—when the political process has failed and the judging—again, for everyone—who should live and who should die. We might wonder what gives them the authority to make those judgments and to impose them on the rest of us.

We build political institutions so that we can come together to collectively deliberate upon questions of the common good. The widespread and continuing failure to respond to the challenges of climate change shows that our current set of political institutions is inadequate to the task of that collective deliberation. Doing better will require fairer, more responsive politics informed by a broader, global understanding of the ‘we’ of political deliberation. Cool technology, whatever its virtues, cannot do that. 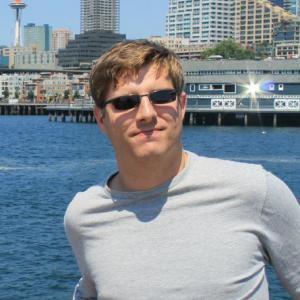 Patrick Taylor Smith is a postdoctoral fellow at Stanford’s Center for Ethics in Society, having received my PhD from the University of Washington, Seattle in August 2013. Before studying at UW, he spent three years in the Philosophy Department at the University of Illinois, Urbana-Champaign. His work is on social and political philosophy, with a special focus on the concept of domination.