Climate change represents one of the greatest forces reorganising biodiversity this century. This climate-induced biodiversity change has significant consequences for human well-being. The loss of species from ecosystems undermines ecosystem function, diminishing the life-supporting benefits people derive from nature; for example, where food production relies on a diversity of pollinator species. Even when species do not go extinct, their changing distributions due to climate change can have significant impacts on food security, income and health; for example, by shifting fishing grounds the expansion of the range of disease-transmitting mosquitoes.

In 2010 the Convention on Biological Diversity adopted decision X/33 stating that “no climate-related geo-engineering activities that may affect biodiversity take place, until there is an adequate scientific basis on which to justify such activities.” Since this decision, interest in potential climate engineering technologies as a way offset the worst impacts of global warming has grown. However, the consequences of climate engineering for biodiversity have continued to receive little research attention from ecologists.

Now, a team of ecologists and climate scientists (lead by the author) has published a study on the potential consequences for biodiversity from solar geoengineering—the injection of aerosols into the upper atmosphere to reflect sunlight back to space, cooling the Earth.

A major finding of our research was that if solar geoengineering started and then decades later stopped suddenly (e.g., due to interstate conflict), there would be a great increase in the climate change threat to biodiversity. Compared to temperature increases without geoengineering, rapid climate warming from a sudden termination would require species to shift their distributions almost three times as fast to remain in their climate niches. That is a breakneck pace that would likely drive many species to extinction. We also found that a rapid start to solar geoengineering would cause El-Niño-like warming of the tropical Pacific Ocean, potentially causing drought and widespread forest fires in the Amazon and Southeast Asia.

Here, I highlight some further research and policy directions based on this work:

Scenarios provide plausible, albeit simplified, descriptions of how the future may develop, based on a coherent set of assumptions about key driving forces. Scenario planning is an important tool for identifying alternative futures and thinking through the consequences of decisions in the face of high uncertainty. Well-founded scenarios are powerful because they focus scientific research, and shape how people think about the future. The Geoengineering Model Intercomparison Project (GeoMIP) is engaged in scenario development for solar geoengineering. These scenarios have proven very useful for understanding climate responses to solar geoengineering. Ideally, future scenarios for solar geoengineering will also be constructed by a diverse group of people from both natural and social sciences, as well as policy makers, to enhance scenario credibility for policy making, and the understanding of key uncertainties within scenarios. These scenarios can then be fed into models to quantify potential outcomes of solar geoengineering for people and the environment.

#3: Quantifying the consequences of solar geoengineering

Decisions on whether or not to deploy solar geoengineering must rely heavily on understanding the positive and negative impacts to social and ecological systems, as well as comparing these to climate change without geoengineering. Solar geoengineering is now at a critical point where assessment by the climate impacts research community is urgently required to advance any discussion of how solar geoengineering could contribute to reducing climate risks. There is a lot that can already be done in this regard. However, an updated and limited set of scenarios that are credible from both a science and a policy perspective, and yet diverse enough to capture key differences among potential deployment strategies will be essential for guiding these impact assessments. 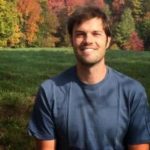 Christopher Trisos, PhD, is a Postdoctoral Fellow at the National Socio-Environmental Synthesis Center. His PhD research at the University of Oxford used ecology and evolutionary biology to test the importance of dispersal, interspecific competition and habitat for explaining biodiversity patterns in South American birds.