Geoengineering will not go away because we are not talking about it – Guest Post – Tina Johnson, Energy Action Coalition

Geoengineering will not go away because we are not talking about it.  Let’s join the discourse on the issue in a meaningful and proactive way.

When I was introduced to geo-engineering a few months ago it blew my mind. It was as if every sci-fi thriller where the planet is destroyed because of human idiocy had leaped off the pages and into my life in a very real way. I am not talking zombies vs. the army (which is ridiculous and cool all at the same time), but rather a realization that this is really happening. There are people who would rather drastically manipulate the Earth’s environment with technology without understanding the consequences instead of investing first in doing the heavy lifting that would be necessary by humans to reduce the warming of the planet.

But as things go the happenings of life moved me past that initial conversation with Clive Hamilton and the first article I had written on why Environmental NGOs should be engaged on this issue, shelved my shock and horror to focus on the “now” of the environmental movement – incinerators, carbon rule, loopholes in the carbon rule, divestment, fracking, etc.  Then the IPCC came out and mentioned geo-engineering. Which reminded me that geo-engineering is also part of the “now.”  It is the “now” that is lurking under the surface of all of the current environmental issues and solutions that are being fought in very public ways currently.  Geo-engineering is considered the last resort option if we do nothing to drastically reverse global warming; it is described as “only if mitigation fails.” And still there is little being discussed in civil society about it and how it could potentially change the conversation and focus on how to combat climate change.

Mitigation is doomed to fail because Congress continues to fail to act in any real and meaningful way, and the struggle to change our negative imprint on the planet is met with huge money resistance. Even when given the opportunity to support much needed reform around the Carbon Rule regulations that President Obama announced recently they scoff.  In the past nine months there have been a half dozen or so reports released on the cost of climate change all met with backlash and outcries of leftist environmentalist dooms day sayers. So when I attended the Senate Subcommittee hearing on Green Jobs and the New Economy titled  “Farming, Fishing, Forestry, and Hunting in an Era of Changing Climate” on Tuesday June 3, 2014, I was foolishly surprised. The gist of the hearing dealt with the real life impact of climate change on our natural resources and rural communities. It was the first time that I saw and heard politician in the flesh spew the science denier crap from their mouths. It was surprising, horrifying and annoying to come face to face with obtuse politicians who are responsible for making policy but just do not get it. 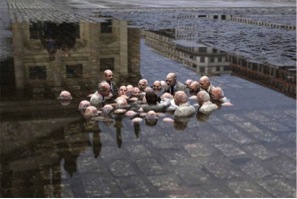 But it also reminded me that Environmental NGOs have been avoiding the conversation outright, for different reasons perhaps, but ignoring it nonetheless. Geo-engineering is a part of the conversation privately and to some extent becoming a more public discourse. I do not think that geo-engineering is the answer to climate change, but I do not think that ignoring its presence is helping us to fight climate change.  By ignoring that this very real conversation is happening makes us a different kind of climate change denier. Bill Gates has invested millions of dollars into geo-engineering as have other like him. Geo-engineering will not go away because we are not talking about it, the environmental movement has not gone away because people deny that climate change is real. Let’s join the discourse on the issue in a meaningful and proactive way. Let us not mirror the obtuse politicians and business people on climate denial who are leading the charge of idiocy. 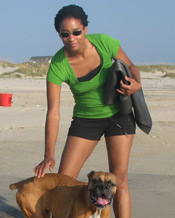 Tina Johnson is Senior Director of Environmental Justice and Programs at Energy Action Coalition. Tina is a social justice activist who has worked to empower people to develop their individual and community power through education reform, food justice, environmental and economic justice and political justice. Her work with the Tibetan Government in Exile in India provided her with hands on experience that she has been using to fight injustice in the United States. When she is not trying to save the world Tina can be found trekking through mountains, river running, baking homemade goodies, writing and traveling.  Views expressed in her post do not necessarily represent those of of the Energy Action Coalition.

Previous post by Tina Johnson: A Call for Engagement by Environmental Justice Groups in the Geoengineering Conversation