When I ask fellow college students for their views on climate engineering, I’m met with blank stares—even from Environmental Science majors, by and large. Assessing NGO pronouncements on the topic often yields similar results. Even NGOs with robust opinions on other environmental technologies such as nuclear energy and fracking often remain silent when it comes to climate engineering.

In the coming weeks, I’ll be studying whether or not these NGOs will release new statements in light of last week’s National Academy of Sciences National Research Council reports on the topic.

I’ve been tracking the publicly-available data from 22 US-based NGOs with environmentally-related causes, and they fall into three categories. About half have no stated opinion on climate engineering technologies. The remaining half is almost evenly split. Some organizations, like Greenpeace, seem categorically opposed to these technologies, based on statements such as “‘geo-engineering’ mitigations actually make us more vulnerable. Once we prop up our unsustainable habits with counter-technologies, we are trapped.” Other groups, like the Environmental Defense Fund, have begun exploring climate engineering’s feasibility.[note]In 2010, EDF started the Solar Radiation Management Governance Initiative, whose mission is to advance “the international governance of solar geoengineering.”[/note]

FCEA has already discussed some of the more-immediate responses to the NAS reports from organizations in another blog post. The organizations that have responded so far, like Friends of the Earth and the National Resource Defense Council, largely have previously-stated positions on climate engineering. But I’ll be particularly interested in examining the response of organizations that have thus far remained silent.

I’ve completed over 700 Google searches of NGO websites using climate engineering-related keywords to create a robust set of data. These keywords include terms like “climate engineering” and “SRM” as well as the NAS’s new “climate intervention” phrasing used in the reports. In a few weeks, I’ll conduct the same searches and see what responses have appeared since the release of the reports.

I see a real need for a robust civil society response to climate engineering. Nongovernmental organizations have the opportunity to shape the conversation and educate the public. In the past, these groups have expanded the debate on a wide range of environmental issues, such as nuclear power and genetically-modified organisms. No matter the outcome, their involvement in the conversation about whether or not to conduct climate engineering research and about potential deployment will be instrumental in reaching well-informed, legitimate decisions. 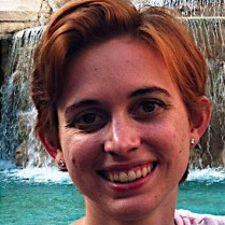 Rachael Somerville is an undergraduate Research Assistant, during Fall 2014 and Spring 2015, at the Forum for Climate Engineering Assessment.  She is a senior studying Environmental Studies and International Studies at American University. She has worked for the National Oceanic and Atmospheric Administration (NOAA) and international non-profits including the ONE Campaign and the International START Secretariat.  Her previous research centered on sustainable transportation policy Los Angeles, with a focus on fine particulate pollution and its negative human health implications.