In recent weeks, there have been a number of publications touting the alleged effectiveness of the iron fertilization experiment conducted by Russ George and his team of researchers off the coast of Vancouver in 2012. The most prominent of these pieces, by Robert Zubrin in the National Review, focused on the huge uptick in salmon stocks allegedly stimulated by creation of a phytoplankton bloom in the region as a consequence of the fertilization. Pertinent to climate geoengineering observers, Zubrin also argued that the experiment helped to demonstrate the merits of ocean iron fertilization (OIF), concluding that “since those diatoms that were not eaten went to the bottom, a large amount of carbon dioxide was sequestered in their calcium carbonate shells.”

However, an “inconvenient truth” for proponents of ocean iron fertilization is that stimulation of phytoplankton blooms is only the first step in any successful ocean fertilization effort. As researchers concluded in a new study published in Geophysical Research Letters, ocean iron fertilization can only prove successful as a climate geoengineering approach if, in addition to phytoplankton bloom stimulation, “a proportion of the particulate organic carbon (POC) produced must sink down the water column and reach the main thermocline or deeper before being remineralized . . . and the third phase is long-term sequestration of the carbon at depth out of contact with the atmosphere.”

The researchers, from the University of Southampton and the National Oceanography Centre of Southampton, sought to investigate the long-term fate of carbon that reaches the deep ocean, employing an ocean general circulation model to conduct particle-tracking experiments. They injected 24,982 Lagrangian particles across the Southern Ocean (identified as the most propitious region for deployment of ocean iron fertilization) at a depth of 1000 meters and 2000 meters to assess water mass trajectories over a 100-year simulation and the long-term fate of carbon that allegedly can be sequestered at great depths.

Among the conclusions of the study:

This study is a clear shot across the bow against some previous research showing higher potential rates of oceanic sequestration, all of which used coarser resolution models that may not have accurately simulated critical variables, including particle circulation. It is yet another warning that the mainstream media’s exuberance about climate geoengineering options as a silver bullet may be belied by evidence on the ground. 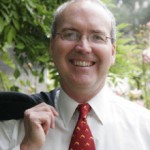