The Forum for Climate Engineering Assessment is excited to be joining thousands around the world participating in the People’s Climate March, on Saturday, April 29, 2017.

Those of us in Washington, D.C. will be marching with faculty and students from the Global Environmental Politics Program at the School of International Service at American University.  Others of us will be marching in New York and California.

Wherever you are, we hope you will march too.

Why are we marching?

Like many others marching this weekend, the Forum for Climate Engineering Assessment believes the world must take bold action to limit global climate change, and to work towards a just climate future in which everyone can thrive.

We are marching to resist the rollback of climate science funding, to resist efforts to undo years of progress towards more clean energy production and to reduce emissions from coal and other fossil fuels, to resist the effort to withdraw the United States from the Paris Climate Agreement.

Like many others, we are also marching for something- We are marching for climate justice.  We are marching to add the voice of our organization to the many millions around the world calling for real action on the most important collective-action issue humanity has ever faced. 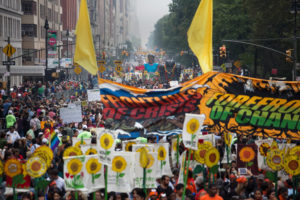 The Forum for Climate Engineering Assessment is an organization primarily focused on process. We don’t take a hard stand on what decisions will be made about whether or not to research and potentially deploy individual proposed climate engineering technologies.  But we do take a hard stand on how those decisions will be made.  Important discussions, at regional, national and global levels must include voices and perspectives of the most vulnerable.

The President and Congress must listen.