In this ambitious book Oliver Morton attempts a tricky task: simultaneously introducing and examining the scope of climate geoengineering; and also imagining its utopian application (not just technologically utopian, but also politically and socially). The book’s strength is that it largely achieves these two potentially contradictory tasks. Morton delivers a utopian scenario for climate engineering while still giving enough attention to its possible pitfalls and missteps to reveal just how difficult such a path would be to craft in reality. Time and again he emphasizes the need for care, compassion and justice in both the purposes and design of a climate geoengineering intervention.

Morton’s utopian scenario is one in which a stratospheric aerosol injection (SAI) is deployed to give society ‘breathing space’ to ramp down carbon emissions and develop carbon removal techniques.  It’s deployment would be led by a ‘club’ of low-emission nations, and used as negotiated leverage to incite elevated mitigation by others (Morton acknowledges that the linkage here might be hard to achieve, and that others might rather slack off their efforts). In what might be a nod to Iain Banks’ ‘Concern’ (2009), Morton’s climate club is dubbed ‘The Concert’. It begins in secret with little power, but with high leverage approaches plays a critical role in changing how humanity sees its role on the planet and relationship with nature.

Morton claims only that he has constructed a plausible pathway for a beneficial deployment of SAI – for which his alias of ‘veil making’, used ostensibly to avoid technical language, softens the idea, making it more palatable as well as more accessible. He is, however, at pains to acknowledge alternative, more damaging routes: which may in reality be more likely in the face of real-world irrationality. He treats the ‘moral hazard’ – that critical actors might reduce mitigation efforts if geoengineering is available – seriously, and neatly encapsulates one scary variant as the ‘superfreak pivot’ (that climate deniers will shift to support geoengineering as yet another reason to do nothing about emissions).

The crux is that Morton does not believe pathways without geoengineering can avoid climate harms without causing other serious social or economic harms. He sees a need for high leverage interventions (with strong governance foundations) because economic and climate inertia mean mitigation is now too late or slow. So he is forced to seek out a ‘good’ geoengineering pathway, however difficult it is to construct.

The Planet Remade covers all the main proposed geoengineering techniques – (not just SAI, but also ocean iron fertilization (OIF), marine cloud brightening (MCB), bioenergy with carbon capture and storage (BECCS) and direct air capture (DAC)), outlining their history, the current state of knowledge, and expected risks and benefits (and impressively, without descending into the alphabet soup of all these acronyms). But – thankfully – it is more than a popular science book about new technologies: it raises important philosophical, ethical and political questions. It successfully pushes the reader beyond current assumptions about what geoengineering might be, and why it might be done – to recognize other possibilities both tempting and concerning. 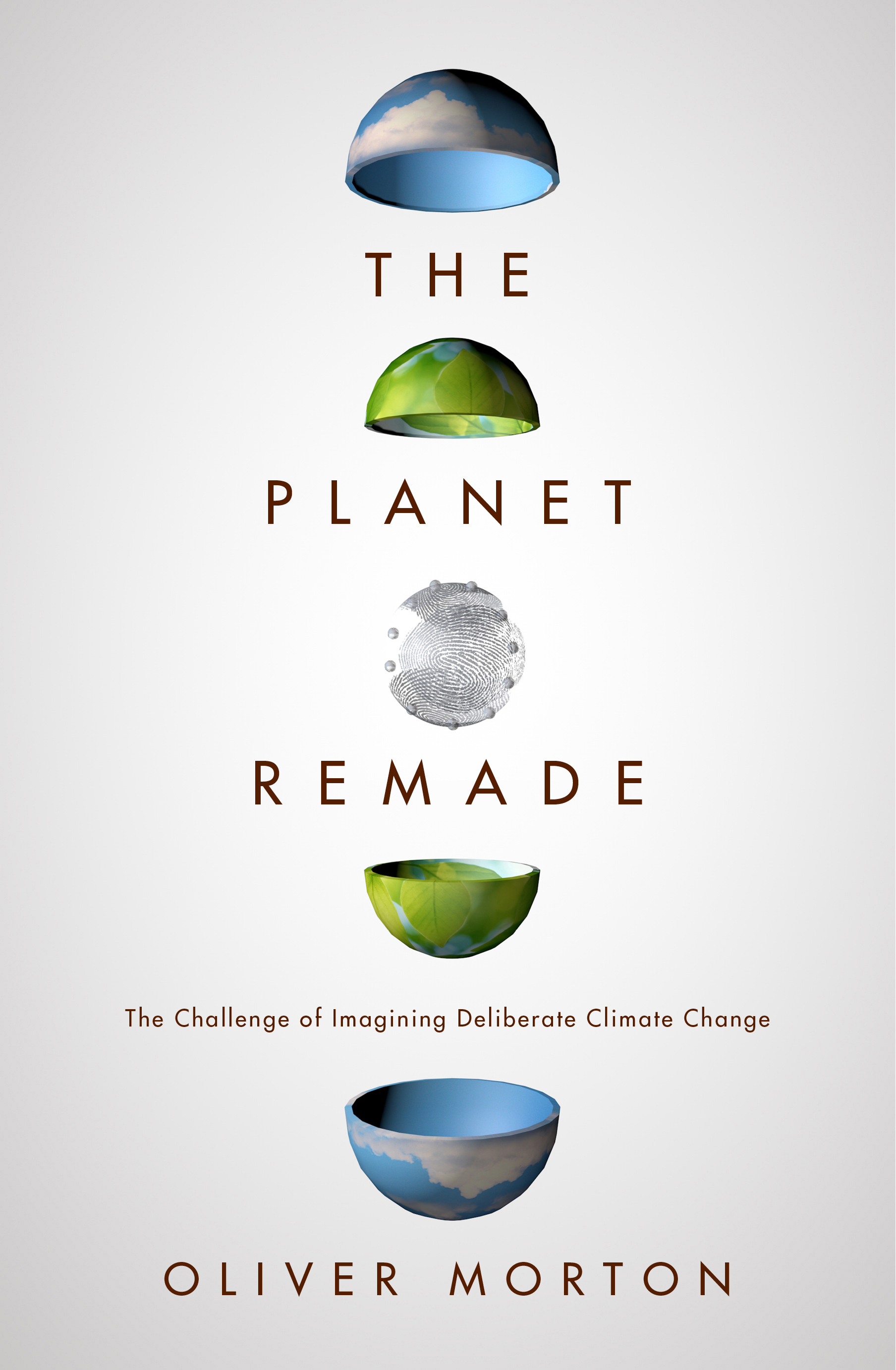 The Planet Remade: How Geoengineering Could Change the World by Oliver Morton.

But while Morton does well to offer contrary views on the science and technologies involved, he is less successful in breaking out of the pervasive framings of geoengineering. In posing two questions in his introduction (do you believe climate risk to merit serious action? Do you think it will be very hard to reduce carbon dioxide emissions to near zero?), he already reproduces the most sticky frames: that unabated climate change is a huge (even catastrophic) problem; that political approaches to resolving the challenge have largely failed (and cannot now be expected to work); and that novel technological responses are the most likely possibilities now – as ways to ameliorate climate impacts without deep changes in society. Elsewhere he rows back from most of these framings at least a little, exploring questions of politics and justice, and actively rejecting climate emergency arguments, but in terms of establishing a setting in which geoengineering appears rational, unavoidable and even desirable, the horse has already bolted.

Morton though clearly disagrees with those who categorically reject geoengineering – for example on grounds of hubris, or because it might prevent desirable deep changes in society (see for example, Clive Hamilton (2013) and Mike Hulme (2014)). He recognizes that climate geoengineering could embody a nuclear weapon-like “Dr Strangelove sensibility and an I-am-become-death-the-destroyer-of-worlds hubris” (311) but asserts that “If I thought this was a necessary truth at the heart of climate geoengineering I would not have written this book” (312). He concentrates instead on whether it is practical, and how it could be done well, transparently governed and justly distributed.

Here Morton’s technological optimism is at its strongest: arguments that geoengineering could not be controlled – even those backed by scientific experimentation – are pushed aside, if favor of the implicit utopian belief that SAI could be fine-tuned to minimize harms (even though the effects are almost impossible to attribute – especially over short time scales). This though remains an argument on Morton’s terms: a largely utilitarian assessment of net costs and benefits. Those who think geoengineering is categorically unjustified are unlikely to be convinced by arguments like this on either side. Morton offers less to such readers than to those ready to consider the possibility that the world is past the point at which practical accelerated mitigation and adaptation action can adequately ameliorate the growing impacts of climate change.

The crux is that Morton does not believe pathways without geoengineering can avoid climate harms without causing other serious social or economic harms.

The book is rich in history and Morton finds lessons in wealth of different contexts: from weather-making to nuclear dreams (and nightmares) and even asteroid impact detection. Morton does not subscribe to the ‘exceptionalist’ doctrine that climate geoengineering is entirely unprecedented and demanding of novel responses. However, the book’s least convincing passages are those where he seeks to persuade the reader that past human interventions in the nitrogen cycle represent geoengineering in practice, and offer helpful lessons for future geo-engineering. A more grounded reading suggests that – like fossil fuel exploitation – human activities to fix nitrogen (for explosives and fertilizers) are – at most – ‘unintentional’ geoengineering, and the responses Morton praises in the management of nitrogen have much more in common with carbon mitigation than they do with climate geoengineering.

Despite its focus, The Planet Remade is not just about geoengineering. It is also about the increasingly trendy idea of the Anthropocene: the suggestion that human impact on the planet is so great that we have, collectively become not just a geological force but the dominant one in the modern age, and that our impacts will be seen in the geological record for eons to come. Despite his memorable description of the worst possible outcome of the Anthropocene as being “a Frankenstein planet stitched together by geological resurrection men” (p258), Morton’s sympathies seem to lie closer to the Promethean scientists who seek to manage an unavoidable (and potentially even ‘good’) Anthropocene, than with more precautionary scientists and environmentalists who use the term as a warning – a reason for humanity to pull back from scientifically identified ‘planetary boundaries’ and lessen our interference. Some readers might even see the historic links Morton notes between environmentalism and racist eugenicism as an implicit critique of environmental objections to geoengineering in a heavily populated world. However, I don’t believe Morton intends such an association, as elsewhere he clearly resists the polarization of debate it would imply.[note]The latter part of this paragraph has been amended from the original published version, following an email conversation between the reviewer and the author, acknowledging a concern that the original phrasing, and use of the word ‘smearing’, was potentially misleading insofar as it implied any intentionality.[/note]

In the end I may disagree on the desirability of the particular society and engineered earth-system that Morton portrays (both in his utopian scenario, and in the frames he reproduces), but I can celebrate the excellent job he has done of making the reader consider and envisage alternative futures in which both technology and society are transformed. The most valuable role of geoengineering is not necessarily how it might act on the physical world, but how its consideration can help us change our mental and social worlds for the better. Discussing it, as Morton does, with open reference to the moral hazards involved and the potential justice implications is a positive step forward in developing responsible discourses of climate futures.

Oliver Morton, The Planet Remade: How Geoengineering could change the world, Princeton, 2015. 428pp, $20. 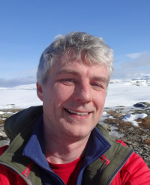