How are we to govern Solar Radiation Management (SRM) technologies?

This is far from a straightforward question. Who are “we” – scientists, national policymakers, the international community? Which specific SRM technology(s) are we referring to? Which phase of innovation is to be governed – laboratory research, field-tests, or large-scale deployment? What are the objectives of governance – to facilitate the coordination of SRM’s long-term objectives, to determine thresholds for field-tests, or to monitor, regulate, terminate and/or prevent deployment? What risks and uncertainties are we attempting to mitigate through governance?

SRM technologies have been receiving increasing attention from academics, the media, and policymakers due to their potential to lower global mean temperature swiftly and thus potentially lessen the damaging consequences of climate change. The debate has also revolved around the technologies’ potential environmental, societal and political side-effects. The inherently global nature of many SRM technologies means that questions about how to effectively govern them have been intrinsic to the debate from its outset. SRM governance mechanisms suggested range from self-governance by the scientific communities, to over leveraging national bodies of legislation on an ad-hoc basis, to governance by one or several international bodies, to all manner of hybrid systems. However, although a broad range of SRM governance proposals has been developed and published, as the technologies do not yet exist and capacities to model societal impacts are limited, these governance designs are each based on varied assumptions about complex future physical and societal developments. This makes the individual proposals difficult to compare and evaluate.

SRM4G is a 3-workshop project being conducted over the course of 2015 that seeks to develop a process for structuring future-oriented deliberations on SRM governance. The project will apply foresight methods to assess alternative climate response futures in order to anticipate various contexts for mechanisms to govern the development and deployment of SRM technologies. The project aims to initiate the construction of a common basis upon which different governance mechanisms can be discussed and evaluated. Questions to be addressed during the project include: How can the resilience of existing efforts in research governance be strengthened to account for a wide range of future contingencies? How can the largely imaginary nature of contingencies be accounted for in current research? How can these questions be investigated in a manner that is inclusive of a potentially wide range of stakeholders? The objective is to make explicit, based on as broad a participation from various stakeholders as possible, what different individuals and groups see as the most relevant challenges that arise with the emergence of SRM technologies onto scientific, political, and social agendas, and to identify advantages and drawbacks of different governance proposals against this background.

To this end, a number of SRM governance proposals will be tested against a range of “Climate Response in 2030” scenarios constructed by a multi-disciplinary group of participants consisting of a core group of 10-12 researchers from multiple disciplines, practitioners from policy and NGO backgrounds, and a revolving set of figures external to the SRM research community. This will not only help focus and structure thinking about the challenges of future SRM governance in the context of complex environments, but it will also actively facilitate interdisciplinary and trans-sector deliberation on the issue. By additionally evaluating the potential of such scenario-building exercises as a means of encouraging and facilitating stakeholder participation in deliberations on SRM governance, SRM4G aims not only to develop a strategic process for structuring policy deliberations in a future-oriented debate, but also to highlight the intellectual economy of stakeholders engaging in imagining tomorrows that influence actions today. 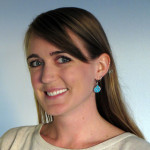 Miranda Boettcher is currently completing her PhD in the field of International Climate Politics at the Heidelberg University, Germany. Her research focuses on the interplay of knowledge, language and power in national and international climate change politics. 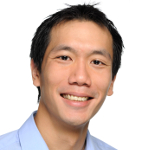 Sean Low has been a Fellow at the Institute for Advanced Sustainability Studies in Potsdam, Germany since 2012. His research focuses on the uses and limits of scenario and gaming methods, as well as of analogies in previous debates on emerging technologies, to explore potential future contingencies in climate engineering. He has previously undertaken research on the politics of climate engineering and emerging economy agendas in global climate governance at the Centre for International Governance Innovation and the University of Waterloo.

SRM4G is coordinated by Johannes Gabriel, Sean Low, Miranda Boettcher and Stefan Schäfer, and is a collaborative effort between the Institute for Advanced Sustainability Studies and Foresight Intelligence.