The Developing World and Climate Engineering: Unevenly Affected and Underrepresented

Asian monsoons have become a poignant parable in climate engineering discourse. Theoretically envisioning the effects of climate engineering on monsoons encapsulates the diffuse and complex implications embedded in these emerging technologies. However, the thought exercise reveals just as much about the discourse concerning the technologies as they do the technologies themselves. Specifically, they reveal the relative absence of developing countries from the discussion.

The interconnected monsoons of South, East, and Southeast Asia together shape the climates of 20 countries representing approximately half of the global population. Natural analogs and climate model simulations suggest that climate engineering, specifically proposed solar radiation management (SRM) technologies, could severely influence monsoonal precipitation.  David Keith’s “A Case for Climate Engineering” illustrates the magnitude of this ability to manipulate monsoons. Keith describes the interconnection between China and India’s seasonal rains – two nuclear and often adversarial states with respective populations well over one billion people. If one state wishes to augment the intensity of its monsoon to boost agricultural productivity (as China might) or mitigate the threat of increasingly frequent and intense flooding events (as India might), it could conceivably do so at the expense of the other.

The monsoonal rainfalls’ intimate links to biophysical, economic, public health, and agricultural systems underscore the scope and scale of climate engineering’s potential implications for the world’s most climate vulnerable populations. The simultaneous potential to offset adverse impacts of climate change and to severely disrupt hydrological cycles casts these technologies as both cornucopian and catastrophic. As such, the rhetorical appeals of climate engineering research proponents and opponents alike invoke the effects of theoretical monsoon manipulation on highly vulnerable populations. Notably, however, these appeals underscore a major shortcoming of climate engineering research and policy discourse: the voices of these populations are glaringly absent.

Thus far, developing countries have largely been absent from climate engineering discussions. These discussions have been dominated by academic research communities from developed countries, particularly the United Kingdom, the United States and Germany, known colloquially as the “geo-clique.” A 2015 analysis of various geoengineering policy documents from different countries, international organizations, and NGOs reveal that out of 114 documents, 72 were published in developed countries, 4 were published in developing countries, and 38 were published by international organizations. Even as the academic research communities in developed countries recognize the need to engage broader stakeholders such as public authorities, policy communities, and lay citizens, public engagement has yet to meaningfully extend out of the Global North. The meager engagement with developing countries has been limited to scientists and other technically-literate experts.

The classification of countries, communities, and citizens into the developed or developing binary overgeneralizes vastly differentiated peoples, geographies, and complexities. However, merely using this binary as a starting point to analyze engagement levels reveals the unbalanced representation.  The significance of this underrepresentation is twofold. First, developing nations are disproportionately vulnerable to the adverse effects of climate change and beset by weak capacity to mitigate and adapt. Concomitantly, they are disproportionately affected by both the potential benefits and potential risks posed by climate engineering. This is true for both SRM and carbon dioxide removal (CDR) technologies.

Although the most sophisticated suite of climate models suggests planetary SRM deployment could benefit all regions by reducing most climate risks, it would do so unevenly and imperfectly across regions. In severe climate change scenarios, the benefits of offsetting climate impacts may be significant, but so too would be the asymmetries of regional benefits. This could lead to endless geopolitical contestation over whose hands are on the proverbial thermostat in the sky and what their intentions are. For many populations, however, the implications of SRM reach far beyond macro-level questions of geopolitics and economics. For the hundreds of millions that survive on rain-fed subsistence agriculture, for example, the inability of climate models to accurately assess effects on variables such as extreme weather events or crop productivity effectively make climate tinkering a gamble with human lives.

Although CDR techniques and technologies pose considerably different benefits and risks than proposed SRM technologies, they too disproportionately affect developing nations. Embedded in prominent CDR techniques, such as biochar, bioenergy with carbon capture and storage (BECCS) and afforestation, are implications on land use, energy use, biodiversity, water security and food security. Because livelihoods in developing nations are much more intimately tied to such ecosystems goods and services, the tradeoff between CDR benefits and risk is significantly wider.

Second, the nascence of climate engineering technologies presents a critical yet fleeting opportunity to meaningfully incorporate developing nation governments and citizens into upstream decision-making. Normatively, the planetary scale and scope of climate change and climate engineering demand a fundamental role for developing nations in shaping research programs, legal frameworks, and governance structures. Inclusion and participation increase the legitimacy and transparency of generated knowledge and policies. Doing so could address real and perceived power asymmetries in broader global environmental politics through improved cooperation and communication.

Substantively, broader inclusion and the resultant knowledge exchange improves the accuracy, validity, and relevancy of data and policies by expanding perspectives, challenging assumptions, and closing informational gaps. There is ample evidence of the “technology control dilemma” in which technological impacts cannot be sufficiently predicted and mitigated until significant development has already occurred. Furthermore, as Szersynski et al. point out, climate engineering is inherently unique because it is the technology’s intended effects that must be predicted rather than its side-effects. These challenges amplify the need for broader representation in order to make anticipatory capacities more inclusive and democratic.

In its landmark report, the U.K. Royal Society warned that “the acceptability of climate engineering will be determined as much by social, legal, and political issues as by scientific and technical factors.” Inclusion of developing nations at the onset is crucial if climate engineering research and governance are to be directed toward appropriate outcomes. 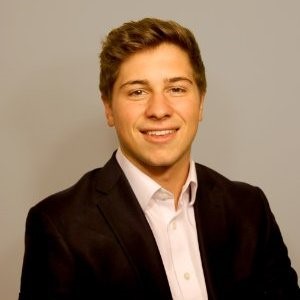 Alex Laplaza is a Fulbright Scholar in Indonesia where he examines how sociotechnical and biophysical systems interact to affect development and resource management outcomes. He co-founded an Indonesian non-profit organization that empowers climate-vulnerable rural communities to build adaptive capacities and financial sustainability. Alex’s research interests include climate adaptation, geopolitics, and natural resource governance. He is particularly interested in understanding the governance implications of climate engineering technologies on food and water systems. Alex graduated with a BA from American University’s School of International Service.