Bjørn Lomborg claimed in 2009 that cutting greenhouse gas emissions would not succeed in halting climate change – and put up posters and a building-sized billboard to promote this message during the UN climate talks in Copenhagen. This defeatist attitude, driven by pessimistic assumptions about political possibilities and simplistic cost/benefit calculations, is hardly unique. But the self-styled “Skeptical Environmentalist” went well beyond mere pessimism, claiming that “there are better ways to fix the climate”. So what was Mr Lomborg’s preferred alternative to the UN talks? It was solar geoengineering, a controversial—and speculative—set of proposals for lowering global temperature by blocking incoming sunlight on a planetary scale.

Lomborg’s adverts around Copenhagen were all but forgotten in the depressing aftermath of the negotiations, which accomplished little other than an international commitment to keep negotiating. But his gambit should be remembered as a landmark moment. It represented the first prominent attempt from an opponent of carbon cuts to dangle geoengineering as an alternative to UN climate negotiations. We don’t know if anyone has any similar stunts planned for Paris, but if they do they should be ignored.

Solar geoengineering has become more widely discussed over the last decade, as climate scientists have grown increasingly worried about the prospects of preventing dangerous warming of our planet. The most prominent idea would involve spraying tiny reflective particles into the upper atmosphere, where they would reflect away a small amount of sunlight. This would replicate the cooling effect of large volcanic eruptions, which occasionally belch sulphur dioxide into the stratosphere. Lomborg’s preferred scheme was marine cloud brightening, but both work by scattering some incoming sunlight and reducing global temperatures – but only while they are maintained.

If you can’t refute the science of climate change, but can’t bear the thought of changing how we generate and use our energy, the appeal of solar geoengineering is obvious. Preliminary research has indicated that it could cool the planet significantly in only a few years, if it could be made to work, and that implementation might only cost only a fraction of traditional responses to climate change. Superficially, then, solar geoengineering might offer a way of stopping global warming quickly and cheaply, without carbon taxes, solar panels, or those feelings of guilt about the nice new SUV that you’ve promised yourself.

If that all sounds too good to be true, then that’s probably because it is. In reality, solar geoengineering could never—either in theory or in practice—be an adequate solution to the problem of climate change. That’s because it only treats the symptoms of global warming rather than the cause, because it offsets the global temperature rise, rather than reducing greenhouse gas concentrations. It would have to be maintained for as long as there was too much CO2 in the atmosphere, which could mean thousands of years. Moreover, the possible environmental side-effects of solar geoengineering are not yet at all well understood, and they could prove to be unacceptable. On top of this it is so far an untested concept, and it might not actually work as expected.

In reality, solar geoengineering could never—either in theory or in practice—be an adequate solution to the problem of climate change.

While solar geoengineering cannot be a “solution” to climate change, in time it might prove to be a useful complement to mitigation and adaptation efforts, especially for addressing the risks from the greenhouses gases that we’ve already emitted. If Lomborg’s cost-benefit analyses got one thing right, it was that research into both the good and the bad aspects of solar geoengineering is desirable. Fundamentally, without research we shall never understand the role it might play, for good or ill.  But for now the message to the UN climate negotiators needs to be unambiguous:

Nothing we know about solar geoengineering should distract you from the task of agreeing deep and binding cuts in CO2 emissions, and effective support for adaptation to climate change. Ignore the siren calls of anyone who attempts another ‘Lomborg gambit’ by dangling solar geoengineering as an alternative to emissions cuts, and get on and agree the climate deal that we – and the planet – so desperately need. 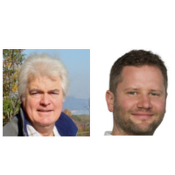 Prof John Shepherd CBE FRS is a professorial research fellow in Earth System science at the University of Southampton.  Andy Parker is a research fellow at the Institute for Advanced Sustainability Studies in Potsdam, Germany. Respectively they were the chair and senior policy adviser for the Royal Society’s landmark report on geoengineering in 2009, and today they are co-chair and project director for an international initiative to expand discussion of the governance of solar geoengineering research to developing countries (www.srmgi.org).

They write here in their personal capacities.