How rude of me to accept an invitation to write a post for the Forum for Climate Engineering Assessment and to say that they ought to change their name and mission statement. But that is at least a possible implication of what I am going to write.

By this I do not seek to disparage the research of, or any of the individuals associated with, the FCEA, nor its organizational set up. Rather, my comment is meant to express a concern about how “climate engineering” is typically presented, initially at least, as set apart from other kinds of responses to climate change and even as raising “new” or “distinctive” ethical problems. I realise that this situation is changing somewhat, so to try to help it on its way, here is why I personally endorse a move away from talking about “climate engineering” in favour of talking about the many separate technologies that are currently herded together under that label. I realise this makes things rather messy, but I also think that messiness is a perennial feature of climate change politics.

Previously I have outlined a typology of five responses to climate change. They are differentiated according to where they occur in the process between emitting GHGs and the loss of human wellbeing. If we add “do nothing” as a kind of response, we have six.

For a long time it was common place to talk about mitigation and adaptation. Mitigation was taken to refer to any set of actions intended to reduce humanity’s output of greenhouse gases, either by curbing them at their source, for example, by switching to non-carbon fuels or by increasing the capacities of carbon sinks—systems that absorb carbon dioxide.   Whereas mitigation deals with the primary cause of climate change, adaptation deals with its effects. Adaptive measures might include things like the building of sea defences, switching food and water sources to more resilient ones – anything to make sure that whatever interests are considered important are not greatly compromised by climatic impacts.  Put simply, if we are concerned about dangerous climate change, we can take action to try to prevent the climate from changing, or we can try to stop any climatic changes from being “dangerous”. Conventionally, mitigation referred to the former strategy, adaptation to the latter.

I personally endorse a move away from talking about “climate engineering” in favour of talking about the many separate technologies that are currently herded together under that label.

According to the IPCC’s fifth assessment report, many CDR technologies are a subset of mitigation, as mitigation involves both emissions reductions and enhancing sinks, the latter of which is the aim of many CDRs (the term “enhanced weathering” makes this very apparent). However in public and political discourse, “mitigation” is often discussed now solely in terms of reducing GHG emissions. Moreover, some CDR technologies, e.g. direct air capture, might be better described as creating, not merely enhancing sinks. Specifying “increasing sink capacity”, or increasing the capacity to remove GHGs (that is, greenhouse gas removal, or “GHGR”) as a separate category allows us to distinguish two separate stages in the process of avoiding dangerous anthropogenic interference that are usually bundled together under the term “mitigation”. First, we might reduce initial inputs of GHGs. Second, we might ensure that outputs are increased to balance or exceed the initial inputs. Emphasising the option of increasing sink capacity as a separate category might also make it more prominent.

If GHGR is technically a subset of what has been called mitigation, but nevertheless worth highlighting as a separate response category, might the same be said with respect to SRM and adaptation? I think it is not. SRM technologies aim to prevent (some of the) temperature increases that would be associated with a rise in atmospheric GHG concentrations. This is different from trying to ensure that important interests are not compromised regardless of temperature increase or other climatic impacts, which is, I think, the best understanding of adaptation. SRM thus constitutes an analytically discrete category from adaptation. Following emissions reduction and GHGR, it is thus a third category of response to climate change. Adaptation is then the fourth.

These four strategies all aim at preventing the impacts of climate change from having severely adverse effects on human well-being. Call these the “harm prevention” responses to climate change. A fifth category is what I shall call “remedy” but is increasingly discussed in climate policy as “loss and damage”. This strategy deals with responding to harms that have not been prevented, i.e. if emissions reductions, GHGR, SRM, and adaptation are not pursued, or are unsuccessful. Remedy might include forms of compensation and symbolic measures.

This division is based entirely upon where the proposed activities intervene in the process that I can best describe as being between “emitting GHGs” and “experiencing impacts of climate change”. The responses that are usually described as “climate engineering” are found in the categories of “GHGR” and SRM.

We should look at the distinctive features of each proposal.

However, looking at the geoengineering discourse, we might think that sometimes climate engineering might be used as a scare-word, or, correspondingly, there is an idea that “mitigation” is unproblematic, whereas a “climate engineering” technology attracts all kinds of ethical concerns and thus justifies “extra” scrutiny. Insofar as this is the case, I think it is a problem, and one that can potentially be solved at least in part by ceasing to talk about “climate engineering” or even “GHGR” and “SRM”. Instead, we should look at the distinctive features of each proposal. Moreover, the same should happen for each specific proposal discussed under “emissions reduction” and “adaptation”.

Following on from this, it probably won’t come as a surprise that I think what is commonly called the “ethics of geoengineering” is also a misnomer – and potentially unhelpful. It can be taken as suggesting that there is a set of ethical concerns that are (a) common to all CDR and SRM technologies and (b) that are not relevant to emissions reduction and adaptation. To the extent this suggestion exists, I think it is misleading. Some kinds of proposals in these categories raise ethical issues and challenges of governance that are at heart the same concerns as those we hear expressed in pieces about the “ethics of geoengineering”.

A few examples (not intended to be exhaustive):

So, the good news is that “geoengineering” technologies do not raise any new ethical problems – at least at a general level. The bad news is that the fact that the problems are not new does not mean that they are trivial or easily resolved. Indeed, I think the ethical problems of how to respond to climate change can be difficult.   For this reason, it is, I think, appropriate to include consideration of the ethical – and relatedly the political and governance implications – in research about any particular CDR or SRM technology. I have heard more than once that the scientific and engineering challenges of developing some technologies are significant enough to merit increased research efforts now. In my view, the ethical issues and governance challenges are just as great.

Moreover, I believe it is reasonable to have governance of research into these technologies from an early stage – even before field testing. This is sometimes presented as “extra scrutiny” which might be an unfair “burden on scientific research projects”. Whether this turns out to be the case or not depends on the precise requirements, which of course must take into account the stage of development. For example, no-one seriously thinks that computer modelling should be subject to the same requirements as a field test. For a suggestion of how governance might be developed taking into account the level of technological development see Rayner et al. (2013).

Why might the “climate engineering technologies” subject to this “extra scrutiny”? I am going to stick my neck out here and say that their advocates have invited it in making their initial case for research. After all, if I assert “we must do X in order to Y” and expect people to listen, it is reasonable for them to take me as effectively starting a conversation about the good of Y and the merits of X. And if I expect others to listen to my proposals, I ought to listen to theirs. If the case for researching any form of technology is justified according to its potential for reducing harms associated with impacts of climate change, then it naturally invites questions about what kinds of harms are most important to avoid and the technology’s benefits and disadvantages compared to other potential responses to climate change. These are the ethical and governance questions that have accompanied calls for research. Insofar as it counts as “extra scrutiny”, I believe it is also justified.

However, any “scrutiny” that particular climate engineering technologies are under should be consistent with that given to proposals for emissions reduction and adaptation. It should not be presumed that, as a class, emissions reduction and adaptation policies are less problematic than increasing sink capacity or solar radiation management. Indeed, as I have said above, at a general level, similar problems can arise across all these categories. Note that this does not entail that each proposal within each category shares these problems.

In short, proposals in any of the four of the “harm prevention” strategies for responding to climate change should be judged on their own terms and by their effectiveness at protecting interests that are (a) considered important and (b) thought to be jeopardised by climate change. Let future research and debate cease to be about assessing the merits of “climate engineering”. Instead, let it focus on considering how specific technologies for increasing GHG sink capacity and managing solar radiation might operate and the appropriate mix between them and other proposals that will best protect important interests from being severely compromised by climate change. So I suggest that talk of “assessment of climate engineering technologies” should be re-formulated as considering specific, individual proposals for emissions reduction, GHGR, SRM and adaptation against each other. Not so catchy, I know. 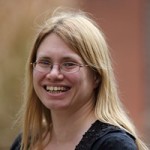 Clare Heyward is a Leverhulme Early Career Fellow at the University of Warwick.  She is interested in the issues of global justice and intergenerational justice raised by climate change.