When essential research might be a bad thing. The carbon removal research dilemma.

Authored by Nils Markusson and Duncan McLaren of Lancaster University

The UK recently adopted a legislative 2050 target for ‘net-zero’ climate-changing emissions. Other countries are also moving towards similar goals. Such targets are hugely welcome in the face of growing climate change impacts. Yet delivering ‘net-zero’ depends not only on accelerated mitigation, but also critically on the development and deployment of carbon removal techniques. This creates something of a dilemma.

Our research into the social and political implications of carbon removal techniques makes two things starkly clear. First, there is little or no hope of reaching such targets or avoiding harmful climate change without significant deployment of carbon removal techniques. Alongside rapid emissions reductions, humanity needs to remove carbon from the atmosphere to balance any residual emissions and to actively lower CO2 concentrations thereafter. Second, large-scale carbon removal techniques are complex socio-technical systems that are, as yet, only imagined. Placing our hope in them is likely to enable further delay in essential emissions reductions. We need what carbon or greenhouse gas removal (GGR) techniques promise to deliver, but at the same time those promises are likely to also deter and delay essential emissions reductions. GGR promises are thus double-edged swords, and we need to understand whether and how we can wield them without them causing more trouble than they’re worth.

This would not necessarily constitute a dilemma if research into carbon removal could be undertaken in an open ‘warts and all’ fashion. We could explore how to deliver more carbon removal, and avoid making simplistic or excessive promises. But in the world we live in, that isn’t how research is funded or delivered. There are at least four problems:

First, researchers are tempted and even encouraged to exaggerate the potential of their research and minimise downsides in the quest for funding and impact. Early claims are often the most extreme – such as the idea that ocean iron fertilization could deliver ‘a new ice age’ – but even growing evidence and peer review combined cannot eliminate such tendencies. Such irresponsible behaviour is made worse where researchers from natural sciences traditions misunderstand the role of social and political factors in the uptake and impact of their research, presenting it rather as a simple question of a knowledge deficit that needs to be erased.

Second, the media (in a repeated cycle of ignorance) often misinterprets scientific findings in simplistic and exaggerated ways. Take the recent hyped media coverage of Cambridge University’s new ‘Centre for Climate Repair’, which seeks to ‘solve climate change’, and ‘fix the climate’ with ‘radical new technologies’. ‘And we can’t fail at it’, one of the researchers is quoted as saying, somewhat breathlessly.

Third, research is also routinely expected by policy makers to deliver domestic economic ‘impact’, so is driven to approaches that seem to offer commercial applications, and to exaggerate the potential to access subsequent venture capital funding. Yet commercial applications of carbon removal technologies typically act not to remove and store carbon – but to utilise carbon in short-lived applications such as fertilising greenhouses, or making synthetic fuel. This does not reduce atmospheric CO2 levels.

Fourth, add to this the fact that fossil companies are among the largest and most influential in the world, and that their future depends on finding ways of continuing to make profits from burning fossil fuels, and we have a context encouraging simplistic and excessive promises about carbon removal technologies.

We can thus see vicious circles through which scientific hubris is reinforced by media hype, the growth mantra of policy makers, and the self-interest of fossil-dependent industries. This vicious dynamic is at its most intense in well-heeled, elite, Northern institutions like Cambridge, Oxford and Harvard – but ripples out more broadly than that to include certainly also our own institution – Lancaster University.

Fossil-fuelled imperialism means peoples in the global South are already suffering from climate change impacts. As a consequence, the Global North has a responsibility to deal with climate change. But can we trust the academic institutions that have supported imperialist fossil capitalism to provide the knowledge to address the problem it has caused? Should we be surprised when they come up with commercializable technical fixes that would be controlled from the global North? Let’s be wary of initiatives that place Oxbridgevard at the epicentre of knowledge-making on responses to climate change, without any explicit recognition of their historical and contemporary societal roles.

The ‘we’ that can’t fail to ‘solve’ the climate change problem is a problematic category. Being highly privileged, from the global North, and keen to get funding from industry and growth-focussed governments is a tricky starting point when you set out to ‘save the world’. Scientists (engineers, even economists) are of course trained to see themselves as not being political in their daily working lives, as producing objective science. But nevertheless, in situations where so much is at stake, and the topic is as (inevitably) politicised as climate change, all researchers need to be reflexive about the roles the products of their work have out there in the world. And this means the research itself will need to change. As will how we talk about it.

We argue that the right starting place for such research would acknowledge:

This takes us a long way from the conditions in which such research is currently promoted and highlights the dilemma faced by researchers in this area.

Climate change is a huge issue. And the more researchers bring their knowledge and skills to bear on it, the better. However, promising technological solutions to climate change can be problematic. Research has already demonstrated that living in a climate-changed world demands social and cultural responses too, not just technological ones. Worse, raising expectations of a technical fix to climate change also empowers commercial and political interests who want to delay urgent action to cut emissions. The way we conduct and govern research on carbon removal needs to be reformed. We hope that groups like the Cambridge Centre will combine learning like this from social sciences and humanities, with their expertise in natural science and technology to find better ways forward.

We think that our research at Lancaster could help. We seek to expose this problem of mitigation deterrence, and empower researchers, activists and policy makers to engage with it. We have set mitigation deterrence into a framework of cultural political economy, and identified different mechanisms whereby the problem arises, beyond the conventional understanding of a ‘moral hazard’. We see equally serious risks where carbon removal is planned for, but fails to materialise due to technical, economic or social obstacles; or is diverted into ‘carbon utilisation’; or through unintended rebounds or side-effects, such as additional emissions from land-use change or enhanced oil recovery. We have also deliberated with stakeholders about how the problem might emerge in different political settings, and it seems we can’t rely on strong markets, strong leaders or even strong publics to deliver GGR unproblematically. There is no technical fix, but there is no social fix either: in all these settings, as under ‘business as usual’, research could be distorted, co-opted, or ignored in ways that reflect powerful interests and the technology and innovation regimes they construct.

Our research is now moving on to explore ways in which research, development and deployment of GGRs could be governed so as to minimise mitigation deterrence. The ‘declarative approach’ in which researchers assert that GGRs must be an addition to emissions reduction can only take us so far in societies where GGRs can be co-opted to sustain fossil economies. Amongst other tools we see potential for a legislative and administrative separation of negative emissions from emissions reduction in targets, policy and funding. This would enhance awareness of the problem, and build firewalls between GGR and emissions reduction in much the same way as the UK’s Climate Change Act has helped protect climate action from political meddling and vested interests. We welcome input and feedback on such proposals.

And of course we seek to promote our work too, and we currently sustain our careers from doing research about GGR techniques. We believe that this is justifiable through the kinds of contribution outlined above, but welcome feedback on this too. 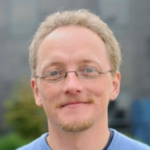 The core of Nils Markusson’s interest is about the politics of environmental technology. He wants to understand the relationship between how we develop and use technology in response to environmental problems on one hand, and political processes at varying scales in society on the other.

He is a social scientist, with a background in engineering, innovation policy, innovation studies and science & technology studies (STS), and most recently cultural political economy. Much of his work is done in multi- and interdisciplinary collaborations, spanning social science, natural science, engineering and the humanities. 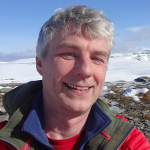 Duncan McLaren researches the politics and environmental justice implications of environmental technologies and imaginaries such as climate engineering, carbon removal, smart cities and the circular economy. As a Professor in Practice, he works to make academic research more accessible and useful to activists and campaigners for environmental justice.

Prior to entering academia, he worked for many years in environmental research and advocacy, including as Chief Executive of Friends of the Earth Scotland from 2003 until 2011, where he was influential in the adoption of world-leading climate change legislation by the Scottish Parliament. He has also served on the UK Research Councils’ Energy Programme Advisory Council and the UK Government’s Energy Research Partnership, and as an advisor to the Virgin Earth Challenge.