Who May Geoengineer: Self-defense, Civil Disobedience, and Revolution (Part One) – Patrick Taylor Smith

Much of the discussion about the appropriateness or usefulness of geoengineering—particularly dangerous and risky geoengineering strategies like sulfate aerosol injection—has relied upon a shared assumption about who will end up deploying these new tools. That is, we’ve (mostly) assumed that fairly wealthy, high-emitting states, private actors based in those countries, or international institutions dominated by those states will be the ones to finally inject sulfates or fertilize the ocean. This is entirely reasonable. Rich and high emitting states have the resources (or contain private agents with the resources) to engage in geoengineering research and, potentially, deployment. Powerful states will have the political wherewithal to either ignore the entreaties of global governance institutions and civil society, or to gain their assent. From a practical perspective, the rich and powerful states are those that are likely to fund the research that would be needed should risky geoengineering strategies ever be deployed, and perhaps even if they are not.

Yet, there is something odd, from a normative perspective, about this emphasis. After all, geoengineering is presented as a solution to a problem that has been—to a great extent—created by rich and powerful, high emitting nations. There is something unsavory—or as Stephen Gardiner has put it, morally corrupting—about the idea that rich countries would geoengineer in order to allow them to retain a greater proportion of the benefits they’ve accrued from emitting in the first place. Of course, one can try to justify risky geoengineering as a way of reducing the negative impacts of climate change on the poor, marginalized, and low-emitting. But again, this is an odd argument for those responsible for those impacts to make: “I’ve caused a terrible threat to hang over your head and I’ll remove it through a strategy that is risky for you but more convenient for me.” So, the idea that rich countries could justify risky climate strategies by appealing to the protection of the people their policies endanger is problematic.

What can we say if this nation decides to engage in an act of self-defense, protecting its territorial integrity and political autonomy from the actions of more powerful nations?

This kind of worry doesn’t apply if those victims themselves decide to geoengineer. They are simply defending themselves, or so the thought goes. Let’s consider a scenario (borrowed liberally from Oliver Morton in The Planet Remade); imagine a fairly wealthy but low emitting island nation that will suffer catastrophic flooding. Adaptation measures are either unavailable or prohibitively expensive. So, what can we say if this nation—that is not responsible for climate change but nonetheless suffering from its ill effects—decides to engage in an act of self-defense, protecting its territorial integrity and political autonomy from the actions of more powerful nations? Consider an analogous case. Suppose that a nation builds a dam which it knows will destroy all of the arable land of a neighboring country. It seems pretty clear that the the flooded state can—assuming that it met all of the conditions of just war—engage in a military action to destroy the dam. In other words, risky geoengineering could very well be a response to a set of bad consequences that—under different circumstances—would justify going to war. And if something as potentially risky and dangerous as military action could be justified, then it seems hard to deny that similarly risky geoengineering could be as well.

There is something appealing about this scenario. The weak and powerless get to take matters into their own hands and defend themselves from the predations and exploitation of the rich and powerful. Setting aside any contingent issues about proportionality, effectiveness, or necessity, I want to suggest that there nonetheless some problems with thinking about geoengineering this way. Consider two different scenarios.

While fully working out the difference between the two examples would take a lot more argument than a single blog post, it seems pretty clear to me that Accident is much more easily justified or defended than Redirection. And this is not merely due to risk; after all, I know that firing a gun in an apartment complex is a dangerous thing to do and that changing my address might not actually work. The difference, or so it seems to me, is how I use the death of the innocent bystander. In one case (Redirection), the death is—in some sense—a necessary part of defending myself and in the other (Accident) it seems like a merely contingent feature of the case. In Redirect, I seem to be allying myself with the ninja assassin in order to kill my neighbor. That does not seem to be true in Accident. The conclusion we can draw is that even when there is an uncontroversial and obvious case of self-defense, you are not allowed to do just anything in order to save yourself.

Potentially dangerous geoengineering activities—like iron fertilization or sulfate aerosol injections—will inflict harm on others in the course of saving our island nation. And these people will be disproportionately those who are also suffering and suffering innocently from climate change (note, if you redirected the ninja assassin to kill another ninja assassin that is coming to kill you, that might be okay, but that isn’t the case here). So, is dangerous geoengineering more like Accident or Redirection? I leave it to the reader to make their own judgment, but I want to point out two things. First, it is interesting that the potential permissibility of dangerous geoengineering might ride on a fairly subtle distinction in moral philosophy; trolley problems are not so impractical or useless. Second, I think there is a strong case to be made that dangerous geoengineering is a redirection (see my commentary in Ethics, Policy, and the Environment for a somewhat longer case)[note]Redirecting Threats, the Doctrine of Doing and Allowing, and the Special Wrongness of Solar Radiation Management, Ethics, Policy, and the Environment 17, no. 2, pp. 143-146 (2014) [/note]. The key feature of sulfate injections—for example—is the very mechanisms that make it is so effective as a potential shield also create the negative impacts. The bullet hitting the bystander in Accident plays no role in making the gun a useless tool for defending myself, but the very cooling effects that make SRM useful are also what make it dangerous; they seem very closely linked.

Of course, I could be wrong about that. But the fact that dangerous geoengineering looks like a redirection of a threat against an innocent population would, if true, seriously undermine any claim that it can be used in self-defense.

Next up in part two: Civil disobedience and the global governance 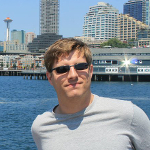 Patrick Taylor Smith, PhD, is an Assistant Professor in the Department of Political Science at the National University of Singapore.  He is writing a book titled “A Leap Into Darkness: Domination and the Normative Structure of International Politics,” and researches climate change and climate engineering. His papers can be found here.