Why We Should Treat SRM and CDR Separately – Joshua B. Horton

In his post “Why We Shouldn’t Be In a Hurry to Redefine ‘Climate Engineering,’” Duncan McLaren presents a thoughtful argument against the view that the two main families of potential climate engineering technologies—solar radiation management (SRM) and carbon dioxide removal (CDR)—should be treated as separate and distinct groups of climate response strategies.  In this brief comment, I will argue that McLaren’s presentation of the case for disaggregation is lacking in significant respects, and that a more thorough consideration of the arguments leads to the conclusion that, as a general rule, SRM and CDR should indeed be treated as fundamentally different forms of potential climate intervention.

As McLaren describes it, the case for separation is essentially a political one made by advocates of CDR technology development.  These proponents argue that SRM has come to be perceived as risky and radical, and in order for CDR to avoid being tainted by association, it is imperative that carbon removal technologies get out from under the shadow of the geoengineering label they share with SRM.  This need may be even more urgent following the signing of the new Paris Agreement, with its implied commitment to substantial negative emissions.  McLaren is quick to point out that his description is largely a “caricature.”

I would like to push back against this depiction in two ways.  First, McLaren deserves more credit than he gives himself in describing part of the case for treating SRM and CDR as distinct entities.  It is undoubtedly true that some advocates of CDR research and development argue for disaggregation based on the understandable fear that association with SRM will hinder investment and policy support.  Tim Flannery’s coining of the term “third way” to distinguish CDR from both SRM and mitigation is a prominent recent example of this maneuver.  What McLaren labels a “caricature” is in fact a fairly accurate description of what drives many of those who wish to break CDR out of the geoengineering box it shares with SRM.

But second, and more importantly, there is a deeper set of conceptual arguments for splitting CDR and SRM that is entirely absent from his description.  In purely analytical terms, CDR and SRM are vastly different types of intervention, focused on different objects, working in different ways, and with very different social implications.  I discuss some of these key differences below.  It is for reasons of conceptual clarity and analytic rigor, not mere political expedience for certain interested parties, that SRM and CDR should generally be treated as fundamentally separate domains of technology and practice.

While it is true, of course, that both SRM and CDR are principally concerned with countering climate change, this is also true of conventional mitigation and adaptation strategies.  The proximate targets of these two “climate engineering” approaches, however, are quite distinct.  SRM techniques are all fundamentally focused on altering the Earth’s energy budget, assessed in terms of radiative forcing measured in watts per square meter.  CDR techniques, by contrast, seek to alter the planet’s carbon cycle, by removing carbon from the atmosphere as measured by tons of CO2 sequestered.  (The fact that both CDR and mitigation ultimately seek to control CO2 molecules largely accounts for the frequent blurring of lines between these two categories.)

The different objects of SRM and CDR methods go some way toward explaining why they would work so differently in practice.  SRM, as has been noted many times, would act fast, producing a detectable climate response within months, whereas CDR systems would be slow to reduce climate risks, requiring decades to make an appreciable impact on atmospheric concentrations of CO2.  SRM would likely be startlingly cheap to implement (in direct cost terms), on the order of tens of billions of dollars per year, while CDR would likely be very expensive to deploy at scale, on the order of trillions of dollars.  And the novel, unpredictable nature of SRM strategies means that such interventions would entail high risks at global scale, in contrast to the low risks characteristic of CDR methods (with the exception of ocean fertilization), which would generally involve more familiar technologies with localized direct effects.

The governance implications of these two problem structures could hardly be more different.

These attributes in turn help explain the very different sociopolitical implications of these two technology families.  Again much like mitigation, a CDR project developer would, under current and foreseeable conditions, bear nearly all the costs of carbon removal while nearly all the benefits would accrue to other people and future generations, creating a classic free rider problem with its attendant shortfall in supply.  An actor implementing SRM, on the other hand, would bear relatively little cost while potentially capturing a disproportionate share of the climate benefits (depending on the specific deployment scenario).  This incentive structure produces what has been termed a “free driver” problem of constraining action as opposed to promoting it.  The governance implications of these two problem structures could hardly be more different.

The strongly contrasting objects, attributes, and likely behavioral consequences of SRM compared to CDR were the reason the National Academies of Science decided to publish two separate reports on climate engineering.  (Indeed, this is arguably the most lasting impact of these reports.)  Of course some similarities and overlaps do exist between SRM and CDR, and McLaren rightly points out some of them, such as the potential carbon removal effects of some SRM schemes.  Yet such congruities are the exception rather than the rule, and the correct lesson to draw from them is not that SRM and CDR technologies should be lumped together.  Rather, it is that SRM and CDR, along with mitigation and adaptation, could be implemented in such a way as to complement one another, with different policies brought to bear on those aspects of climate risk which they are best suited to address.  This would constitute the essence of a comprehensive, mutually reinforcing portfolio approach to risk management of climate change.

From the vantage point of someone solely interested in advancing the field of CDR, the political rationale behind the disaggregation argument laid out by McLaren is compelling and sensible, and perhaps cynical as well.  If it were the only reason to “redefine” climate engineering by treating SRM and CDR as fundamentally different approaches, however, it would be hard to justify doing so, for reasons including some of those identified by McLaren.  Yet there are much more significant and persuasive reasons to consider SRM and CDR as distinct analytical categories, grounded in the need for clear thinking, conceptual precision, and sound policy guidance.  Given their fundamentally divergent features, the climate engineering research community should strive to treat SRM and CDR as distinct from each other as they are from mitigation and adaptation. 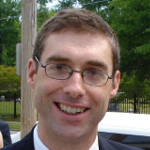