Climate engineering as a Right-Wing Technology, and Other Stories – Holly Buck

“If there is such a thing as a right-wing technology, geoengineering is it,” Clive Hamilton writes in a Feb. 12 New York Times op-ed. Technologies do have politics to them. However, geoengineering isn’t the elephant in the room right now, nor the donkey: it’s a strange chimera, a hybrid which doesn’t fit the simplified storylines placed upon it. Here are four myths that should be challenged.

How would the Republican base feel about giving the federal government the ability to regulate the climate? Or the United Nations? Is geoengineering intervening in God’s climate?

It might not take much to malign this suite of disparate technologies in the eyes of Republican voters.

The idea of unilateral intervention in the climate system goes against some deeply held right-wing values: freedom and choice, limited government reach and oversight, respect for a perceived natural order of things. To actually be deployed, geoengineering technologies would need a strong regulatory framework— either a carbon price for CDR technologies, or multilateral cooperation. They actually don’t represent some magical avoidance of regulation or responsibility.

So how is it that Hamilton offers this idea of geoengineering as a right-wing technology? Some may misunderstand that today’s Republican party exists through a fragile marriage of the corporate elite and working-class voters— a balance which is imperiled due to changing demographics in the US. Hamilton cites examples of geoengineering interest emanating from entities like Shell and the Hudson Institute. Yet it doesn’t hold that these interests would necessarily have anything to do with the views of the guy working at the gas station down the street. While it’s true that people in the US often vote against their class interests, they are less likely to vote against their values. Hamilton states that “in some congressional offices, interest in geoengineering is strong,” but it is vague which congressional offices they are; what we have here is anecdotes assembled into a storyline.

How the right wing, or any other group, would feel about climate engineering is still a matter of speculation— no one has done an adequate job of asking people what they think.

What Hamilton’s analysis shows is that we need social science, not just social theory, to explain the emergence of ideas like geoengineering, and make sense of the Anthropocene. We need to base our views on empirical data. How the right wing, or any other group, would feel about climate engineering is still a matter of speculation— no one has done an adequate job of asking people what they think. One of the few studies that does ask citizens, a paper by Kahan et al released this month, produced an interesting finding: that when people read scientific material about geoengineering, it reduces political polarization on climate change. We don’t know enough about geoengineering and our social world to make up stories about how it will play out.

“While climate change threatens to destabilize the system, geoengineering promises to protect it,” writes Hamilton. However, if climate engineering was implemented, it would simply be not to “protect the system” of business as usual, but also to protect more basic infrastructures of human life.

Take a look at another New York Times story this week: “Starved for Energy, Pakistan Braces for a Water Crisis.” Most of the people Hamilton and others call “geoengineering boosters” are policymakers, security professionals, and scientists who read an article such as this and are silently haunted by the image of Pakistan as a failed state, with an already-strained political system exacerbated by climate change to the point of no return. These are mid-level professionals who don’t have the power or knowledge to sway obstinate members of Congress or masses of voters into advancing stringent climate and energy policy. What they can do, given their positions, is to think about emergency measures.

Critics will say that the scientists in this picture are played by more powerful forces. Indeed, US culture has been telling these important stories about scientists as servants of the power elite since the Manhattan Project, and for good reason; science has been beholden various forms of power for centuries.

Still, the matter of geoengineering is too important to reduce to assumed storylines about how the world works, and the humanitarian implications are too important not to think through.

When it comes to questions of development, it can be easy for me to be dismissive of human ingenuity, and the modern project, while looking out at the snow in suburban Washington. If I was sitting in Lahore right now, I suspect I would be hoping for ingenuity, cooperation, imagination— in fact, every good human trait that has brought cleanliness, order, and light to parts of the world— to design the governance, water, electricity, and other systems which make the world habitable. Some of the fixes needed there, as here, have to do with governance. Others are in fact “technofixes”. Pursuing one set of fixes does not necessarily imply ignoring the other.

These reports do not spell out the scope of a research program. They make a few general recommendations. The albedo modification report recommends a “research program be developed and implemented that emphasizes multiple benefit research that also furthers basic understanding of the climate system and its human dimensions.” Much of this research on specifics like cloud formation would likely occur anyway, under basic climatic research. When it comes to CDR, the report states that “The scope of existing relevant programs could be broadened to include a wider portfolio… No major new bureaucracies are needed to facilitate enhanced research in this area.”

Still, the matter of geoengineering is too important to reduce to assumed storylines about how the world works, and the humanitarian implications are too important not to think through.

What these reports do call for is some coordination of geoengineering research, with the U.S. Global Change Research Program (USGCRP) as “the most obvious possibility” for a coordinating role. If you’re familiar with the alphabet soup of agencies duplicating each other’s work in Washington, you know inter-agency coordination is a big deal in every domain that’s concerned with not wasting taxpayer money. To coordinate and comprehensively assess research on a topic is simply smart practice, fiscally and intellectually. While it’s theoretically possible these reports represent a “watershed moment” for climate engineering, to visit the local university library and read commissioned scientific reports from any decade in the twentieth century is a humbling exercise— like exploring a boneyard of scientific hopes and plans. We like to imagine ourselves as at the heart of some exciting epochal change, but in reality it’s quite difficult to assess how, or if, future historians will read these volumes.

There are dangers inherent in any kind of inquiry, and the argument that we shouldn’t research ungovernable technologies like stratospheric aerosol injection, as put forth by Mike Hulme, has great merit. The fact that these reports appear as a duo, with carbon dioxide removal a separate topic, is encouraging. Perhaps some potentially helpful negative emissions technologies will have life outside a box marked “geoengineering”.

Can there be a responsible way to research geoengineering which reduces the dangers? There is some hopeful material in these reports. The report on albedo modification draws from Long and Scott’s (2013) work on vested interests in geoengineering research, identifying “the four Fs”, or factors that should be considered in research design and execution.

Fortune – the fact that there are powerful vested interests, such as those who want to sustain the fossil fuel industry, or develop and selling carbon credits.

Fear – both appropriate fear of causing serious harm to the Earth system and also various types of “inappropriate fear” such as reputational fears on the part of investigators.

Fame – the risk that investigators may become carried away by publicity and notoriety.

Fanaticism – the risks that “reasonable ideological position [could] drift into fanaticism when it hardens into a rigid devotion.”

How often does one read a scientific report with this level of self-reflection? All of us writing or thinking about geoengineering would do well to keep the “four Fs” in mind; many of them emerge on both sides of the debate.

Perhaps it is impossibly modernist to believe that reflexive, anticipatory governance, or responsible innovation, may be even possible— yet I am intrigued by the idea that humans have matured enough to be able to influence decision-making about emerging technologies in some ways.

Geoengineering won’t be a Hollywood production with an American superhero, and what this or that right-wing figure says about geoengineering is actually of diminishing relevance.

The governments of Germany and the United Kingdom have put small amounts of interdisciplinary funding into thinking about climate engineering because they realize it is prudent to weigh these technologies: about five million euros in the case of Germany, and a roughly comparable amount in three projects from the UK research councils. The United States should contribute a similar amount of modest intellectual and scientific resources as well.

This is the century in which the US faces a transition from superpower to regular large-power status, hopefully with some modicum of grace. Geoengineering won’t be a Hollywood production with an American superhero, and what this or that right-wing figure says about geoengineering is actually of diminishing relevance. What will truly shape the future of geoengineering technology is whether and how countries like China, India, Russia, and Brazil decide to approach climate engineering research, or not.

In crafting its approach to geoengineering, the US has a chance to return to some of the values that made it successful both scientifically and culturally during the twentieth century: openness, frankness, critical thinking, and democratic deliberation. A research program grounded in these values— which embraces transparency and open debate, and works with emerging norms of responsible innovation— could contribute to the emerging cooperative international tone of research and conversation. This course could be less dangerous than choosing not to engage. 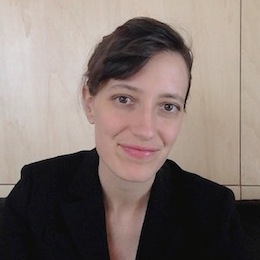 Holly Jean Buck is a PhD student in Development Sociology at Cornell University, where she looks at human-environment interactions.  Her research interests include agro-ecology and climate-smart agriculture, energy landscapes, land use change, new media, and science and technology studies. With regards to climate engineering, she has written on humanitarian and development approaches to geoengineering, gender considerations, and media representations of geoengineering. As a geographer and creative writer, she approaches social science analysis with both spatial and narrative lenses: meaning that space and environmental geography matters, but so do storylines, imagery, and performance.  She holds a MSc in Human Ecology from Lund University in Sweden.