*The following is a partial summary of a recent article: Surprise, K. (2019). Stratospheric imperialism: Liberalism, (eco)modernization, and ideologies of solar geoengineering research. Environment and Planning E: Nature and Space, 2514848619844771.*

All technologies are socio-technical assemblages produced by actors and institutions that adhere – consciously or not – to particular ideologies. The predominant institution developing the socio-technical assemblage of Stratospheric Aerosol Injection (SAI) is the Harvard Solar Geoengineering Research Program (HSGRP). HSGRP has constructed a compelling case for SAI research and potential deployment: research should proceed cautiously, transparently, and cooperatively, with SAI designed solely to slow the rate of climatic change to buy time for effective mitigation and reduce near-term climate risk for the most vulnerable. This is a sober approach genuinely concerned with the humanitarian consequences of climate change that cannot be dismissed lightly. Nevertheless, calls for such “humanitarianism” from HSGRP and cognate institutions ring hollow, as HSGRP is largely funded by billionaires with deep ties to Wall Street and Silicon Valley, comprised of institutions that have long advanced imperialism in the name of “development” or “national security,” and aligned with dominant ideologies that perpetuate the very socio-ecological inequalities they claim to address. I will briefly touch on each of these critiques and conclude by pointing toward alternatives.

HSGRP figures into a long continuum of Harvard experts furthering capitalist imperialism under the auspices of U.S. hegemony. For example, key institutions in the orbit of the Kennedy School of Government, including the Weatherhead Center for International Affairs and Belfer Center for Science and International Affairs (both linked to HSGRP via personnel or funding), have been integral in advancing overt and covert Cold War intervention strategies across the global south, neocolonial modernization theory in development studies, expansion of the national security state, and core tenets of neoliberalism. Indeed, Harvard is deeply ingrained in neoliberal finance capitalism: having amassed a roughly $39 billion endowment, it essentially functions as a “hedge fund that has a university.” HSGRP flourishes in this ecosystem of power, currently operating with a $16 million budget for SAI research, field experimentation, and governance development. The vast majority of this funding comes from ultra-wealthy individuals – largely billionaires or their boutique foundations – with deep ties to technology and finance corporations, from tech billionaires like Bill Gates and Chris Sacca, to a slew of hedge fund managers and venture capitalists, and foundations like the Open Philanthropy Project, founded by Cari Tuna, Dustin Moskovitz (a co-founder of Facebook), and Holden Karnofsky (formerly of Bridgewater Associates). Beyond tech and finance, HSGRP is loosely connected to the fossil fuel industry via the Harvard Environmental Economics Program—directed by Robert Stavins, HSGRP project manager on SAI governance— which is sponsored by BP, Chevron, Duke Energy, Enel, Shell, among others.

This is not to suggest that any of these interests drive HSGRP research agendas; rather, these connections signify entrenchment in the status quo, and fidelity to dominant ideologies like ecomodernism (with HSGRP boasting numerous ties to ecomodernist lodestar The Breakthrough Institute). Broadly, ecomodernism advocates for the creation of a ‘‘good Anthropocene’’ by decoupling human activity from dependence on nature via technological innovation. HSGRP’s co-directors largely adhere to this approach, arguing (in their respective books) that the right mix of markets, technology, and policy can increase economic growth while decreasing carbon emissions, all under the umbrella of liberal-capitalist ecomodernism. Yet, such decoupling is proving elusive, the technological promises of ecomodernism remain impossibly constrained by finance capital (and the profit motive more broadly), and its sanguine approach to modernity glosses over legacies of violence and domination that made – and continue to make – modern life possible for only a segment of the population.

Ecomodernism is uncritically adopted in spaces like HSGRP because it enables a (false) belief in the synchronicity of capitalist growth, environmental sustainability, and poverty reduction – ignoring myriad schools of thought that expound their fundamental irreconcilability. Indeed, as John Bellamy Foster argues, ecomodernism achieved hegemonic legitimacy not because of its demonstrable veracity, but because it demonstrates a ‘‘continuous relation to institutions of dominance … it ‘speaks the proper language,’ that is, the language of vested interests . . . the language of business.’’ SAI as currently constructed would serve those interests exceedingly well: with its singularly unique potential to (rapidly) slow the rate of climatic change, it can enable the rollout of this predetermined, technocratic approach to climate policy without fundamentally challenging or undermining the capitalist economy. This is the primary rationale driving SAI research – and the funding thereof.

Indeed, institutions like HSGRP are gaining traction due to a growing recognition that “rational” climate policy (liberal-capitalist ecomodernism) will prove too slow to prevent “near-term” climate impacts. Hence, SAI is proffered as a “humanitarian” tool: not only can it potentially “buy time” for hegemonic solutions, it can simultaneously provide near-term climate relief to the global poor (and yet, HSGRP deployment scenarios often begin in the 2030’s at the earliest, so it is unclear with whose “near-term” suffering they are truly concerned). This approach is strongly advocated by HSGRP researchers Horton and Keith (2016), who directly counter pose it to more radical elements of the climate justice movement. For example, they inveigh against one of that movement’s leading representatives, Naomi Klein, taking issue with Klein’s call to abandon geoengineering to focus on “economically radical” solutions that directly challenge corporate power. Horton and Keith rejoin that Klein’s ‘‘anti-corporate ideology’’ is purely concerned with policy implications in industrialized countries and thus ‘‘ethically disturbing in a global moral context.’’ They continue: “this line of argument essentially involves rich-country commentators criticizing solar geoengineering in an effort to shore up mitigation as their priority domestic policy, while ignoring the potentially huge distributional advantages SRM might confer on the world’s poorest in the global south” (Horton and Keith, 2016: 90).

Horton and Keith’s ability to conceive of poverty in the global south as somehow divorced from corporate power and economic policy in the global north demonstrates a steadfast commitment to contemporary power structures – one firmly rooted in the Keynesian tradition. As argued by Geoff Mann (2017), Keynesianism proffers an expert-elite critique of both capitalism and revolution, aiming to maintain the ‘‘thin crust of civilization’’ against the excesses of unfettered capitalism and the terror of the revolutionary “rabble.” HSGRP perfectly encapsulates this tension. In advocating SAI, they concede that the current (neo)liberal-capitalist order cannot solve the climate crisis in the absence of expert management. Yet, the capitalist economy – and the interests that benefit (e.g. billionaires and corporations) from the insatiable accumulation at the heart of climate change – cannot be the target of intervention; rather, the climate system itself must be managed. Simultaneously, while they recognize that the current order cannot solve the climate crisis, HSGRP experts deride radical challenges to liberal-capitalist hegemony from the climate justice movement and wider political left as misguided and disingenuous. They therefore leave us with nothing but politically vacuous, circular reasoning: Liberal-capitalism cannot solve the climate crisis. Liberal-capitalism must solve the climate crisis.

SAI research and potential deployment only appear “necessary” when viewed through an ideological prism that prioritizes the maintenance of hegemonic power structures above genuine ecological sustainability and politico-economic equality. Achieving both will require dismantling capitalism (or, at least drastically regulating it in the immediate future). Indeed, Keith, Horton, etc. are correct: SAI is likely the only hope for liberal-capitalism to manage the climate crisis (if at all). Yet, there exist myriad alternatives that aim to rapidly and thoroughly challenge and transcend this state of affairs, and thus avoid the potential dangers of an engineered Earth (in both climatic effects and concentrations of power): from active dismantlement of the fossil fuel industry and its financiers, to global climate reparations, just transition movements, and de-commodified agriculture within a bold, radical, Green New Deal, the list goes on. Such struggles and movements are challenging, colossal, and (politically) dangerous. Indeed, they so threaten liberal-capitalist hegemony that elite institutions tied to centers of power find it easier imagine extreme climate intervention on behalf of the status quo than rapid, just transitions to equitable, low-carbon societies. 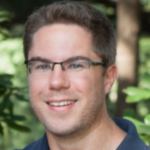 Kevin Surprise’s research explores the political economy of global climate change. His recent work examines the material and discursive processes shaping solar geoengineering technology and policy in the U.S., and the implications of solar geoengineering for climate governance. Ongoing research analyzes the connections between solar geoengineering research, climate security discourse, and the U.S. military’s “command of the commons.” As a geographer interested in the ways in which politics, economy, and power intermingle with and shape environments, he teaches courses on international development, political ecology, capitalism and climate change, and environmental justice.