Considering climate engineering as a range of technical apparatuses makes it look too easy. Viewing them as megaprojects would be more hard-headed.

Aerosols in the stratosphere, artificial trees or spraying sea water to whiten clouds – many consider climate engineering essentially to be a range of technologies designed to either extract carbon dioxide from the atmosphere or reflect more sunlight back out into space to counter global warming.

Inventors and scientists – but also policy-makers – tend to focus primarily on the physical apparatus and technical systems: how would climate engineering options work and perhaps how much would they cost?

While this is a natural place to start it also misses a huge part of the question. What is being considered is not just a set of contraptions but a huge social arrangement and a new global infrastructure – a so-called megaproject.

Climate engineering has tended to be considered in terms of apparatus. The Royal Society report on geoengineering did raise governance and public acceptance issues, but the main emphasis was on technical ‘efficacy’, cost and potential side-effects of various technologies. The latest IPCC report considers some techniques such as BECCS, their likely costs and some associated (technical) risks. Newspapers present simple diagrams of climate engineering apparatus in glorious isolation from any people or societies.

This feeds what could be called the ‘contraption fallacy’: the very common idea that a piece of technology essentially works ‘on its own’; that apparatus can be judged suitable for adoption largely in isolation from the social arrangements it would require or bring with it. The term itself (climate ‘engineering’ or ‘geoengineering’) only increases the technical, contraption-like feel to it all.

Many options do not involve machinery of course. But this way of considering them becomes a problem when it leads decision-makers to abstract from most of what matters for the outcome. Whether an invention ends up being both feasible and useful depends on wider infrastructures: the complex set of supporting technical and social systems, a viable political economy, a society of willing (or consenting) people, institutions and legal forms, international relations, political legitimacy etc.

Consider stratospheric aerosol injection (SAI) which the Royal Society reviewed relatively favorably on account of its (technical) feasibility and affordability. As a ‘contraption’ SAI translates (in one version) into aerosols delivered to the skies by pumps, tubes and tethered balloons. Relatively simple and cheap.

However, SAI would actually entail much more: aerosols, tubes, balloons – yes. But also: tethering stations, climate models and monitoring systems, a political economy (budgets, companies, industries, unions?), pressure groups, legal frameworks, international agreements, perhaps a UN climate security council to resolve disputes over the ‘thermostat’ and potential ‘dual-use’ issues; and potentially a major norm-change, altering humanity’s view of its own place in the world. In a pessimistic scenario, it might also entail extensive security measures or even military action. Defense institutions have been showing an interest.

Are we still just considering ‘a technology’ here?

By necessity engineers and scientists are at the centre of inventing and assessing technologies, especially in this early phase of research and scoping. We need to give them space to think aloud and experiment without the project distracting from efforts to mitigate and adapt. The so-called ‘moral hazard’ problem will surely depend mainly on how climate engineering is framed. Optimism founded on misconceptions could increase the risk of climate engineering research becoming an additional hindrance to mitigation efforts.

If the societal difficulties of climate engineering are systematically underestimated this could ultimately shrink that space. Climate engineering must be seen as more than contraptions. This is why the conversations and regulatory frameworks have to be much wider. They have to involve other experts such as those in Science and Technology Studies, but also non-experts too.

Fortunately that is beginning to happen. Technologists gamely debate philosophers and geographers, and ideas about how climate engineering research could be governed have begun to emerge. ‘Governance’ is emerging as perhaps the key debate about climate engineering today, although this aspect is usually limited in formal technology assessments. They typically focus on a set of engineering options and their technical risks. The danger is that the narrower technical framing of the scientists and inventors could easily linger longer than it should.

How should we then think of climate engineering options if not a range of contraptions?

‘Infrastructure’ is closer to the mark. But perhaps even better, Bent Flyvbjerg has analysed what he sees as the paradox of ‘megaprojects’: multimillion-dollar infrastructure projects that change, rather than slot into, society. Flyvbjerg finds them to be stunningly prone to eye-watering levels of cost-overshoot, chronic delays, functional failure and endemic public mistrust. The reason is not that tunnels, dams or bridges are unproven technologies. It is their sheer size and their characteristics that make them often so disastrous.

They appear to have a strange grip on politicians, technologists and designers who are inexorably drawn to them. Accurate costing figures often prove impossible to produce because of wrangling over the scope and very definition of sprawling projects and changing staff over long project time-periods. In contrast they seem to almost always come ‘draped in a politics of mistrust’ from the public. Despite good intentions, public consultation tends to get sidelined due to the high stakes and considerable interests inevitably sunk in them. The paradox is that more and more of them are being planned and built, despite their dubious track records in producing desired results without huge extra costs, externalities and serious democratic deficits.

Antonio Gramsci’s motto was to practice pessimism of the intellect but optimism of the will. Viewing climate engineering as a megaproject would make for a more hard-headed place from which to assess its varied forms. If we want to pursue such options while minimizing the risk of ‘moral hazard’, perhaps such an approach is better suited than the contraption fallacy. 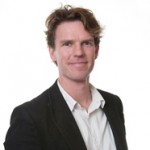