The Limitations of a Human Rights Framework – Patrick Taylor Smith

Brian Citro, in his provocative and well-argued article “A Role for Human Rights in the Climate Engineering Debate,” argues that human rights provide a needed normative framework for climate engineering discussions. He argues that human rights contribute four things to existing debates. First, they provide resources for diagnosing when a climate impact is normatively relevant. Second, human rights push us to focus our attention on how climate engineering will impact marginalized and powerless populations. Third, they provide a foundation for procedural demands to provide for the robust political participation of affected parties. Fourth, human rights discourse concentrates our attention on determining who has the political obligation to respect, protect, and further those rights. Most of these claims appear unobjectionable: translating a climate change impact into a normative claim requires a theory of political morality and, all too often, we are willing to accept convenient rationales for ignoring the demands of those who have little power to enforce them. So, insofar as a focus on human rights can contribute to a more serious commitment to take the claims of the powerless seriously, I welcome its inclusion. What’s more, any normative framework that moves beyond economic cost-benefit analysis will almost certainly be an improvement. However, I think it is important to see why human rights represent an inadequate normative basis for deliberating about climate engineering.

Human rights discourse is much better at diagnosis than at prioritization. We can deploy a normative account of fundamental human interests to understand when an particular environmental impact becomes an urgent moral matter; intentional actions that lead to disruptions in precipitation patterns become human rights violations—and therefore a matter of justice—when, for example, they undermine a person’s secure access to water and food. But what can human rights tell us when we need to balance different demands that can all be translated into human rights claims? These kinds of tradeoffs or conflicts can occur intra- or interpersonally. So, for example, actions that undermine the water security may lead to economic development that will increase the ability of the government to protect that same person from assault. Or actions that undermine one person’s security may contribute to the security of another. The possibility of unavoidable conflicts or tradeoffs is difficult for a human rights framework to accommodate.

Human rights discourse is much better at diagnosis than at prioritization.

In the context of climate engineering, the problem is not simply that there may be limitations in our political institutions that lead to inevitable tradeoffs between human rights under even ideal circumstances. Rather, we also know that the alternative policy—even the ideal alternative policy—will also result in human rights violations. Even if we adopted a robust mitigation scheme that dropped our emissions down to zero tomorrow and we offered extensive adaptation assistance to those countries suffering climate change impacts, it is exceedingly likely that the resulting climate change will result in human rights violations. And again, any plausible political solution to climate change will be substantially worse than what I have just described. What’s more, it is precisely the possibility of avoiding some of these human rights violations that offers climate engineering its (allegedly) most potent justification. Now, if it were true that the same people would have their rights violated by climate engineering as opposed to a plausible adaptation-mitigation plan, then perhaps we might be justified in simply picking the policy that leads—in the long run—to fewer violations. But of course, that claim is false; different people will suffer different kinds of human rights violations based on the public policy decisions we make regarding climate change and engineering, and to pick one policy over another is to ask other people to sacrifice and take on burdens in the name of others. So, to say that climate engineering will generate impacts that violate the legitimate entitlements of people around the planet is true—and the beginning of any normative analysis of the policy—but that analysis is substantially incomplete. We are not in the position of choosing between a policy that violates human rights and one that does not. Rather, we find ourselves in the position of violating human rights no matter what we do.

The human rights framework, by design, offers little assistance in distributing these burdens, tradeoffs, and costs. Presumably, one of the things that makes a particular entitlement a human right is that it represents an unusually urgent moral claim that normally cannot be traded off for other values. After all, one of the compelling features of human rights discourse is that it can be used as a counter to those who would use certain political justifications—like economic growth or national security—to justify acting in ways that disrespected human dignity. It is precisely these features—the incommensurable, prioritized nature of human rights claims—that make it so difficult to weigh human rights violations against one another.

Human rights is only the beginning of the normative conversation and there is big role, going forward, for moral and political philosophy.

Human rights discourse is meant to represent a consensus listing of fundamental interests amongst a variety of religious and moral views. After all, as Jacques Maritain (one of the principle architects of the Universal Declaration) once said, “Yes, we agree about the rights but on condition that no one asks us why.” This, however, has generated documents that are primarily aspirational. Everyone supposedly acknowledges that these rights are good and that societies ought to aim to further and protect them. Sadly, this consensus is not likely to survive debates that require that some people genuinely sacrifice in the name of others. A set of distributive principles designed to handle cases of genuine tradeoffs is unlikely to be found within the human rights framework itself.

What this means is that a human rights framework—in the context of climate engineering—will eventually push us into very deep philosophical waters indeed. What principles and institutions ought to guide the distribution of burdens and costs? Should we attempt to maximize some commensurable value that all human rights purport to protect and further or are human rights intrinsically pluralistic? When balancing interests, how should we weigh historical responsibility for climate change impacts and how much should we prioritize economic development for the global poor? Or similarly, how much does it matter that climate engineering would be an intentional intervention into the atmosphere in a way that much emissions behavior is not? Are there uniquely correct answers to these questions, or is it more important that the answers are selected through a fair or nondiscriminatory procedure of political deliberation? These are difficult philosophical questions, and the human rights framework is, unsurprisingly and justifiably, silent about them.

Citro is clearly correct that we need a new and more robust normative framework for climate engineering, and the human rights framework has some significant benefits. Yet, it should be clear that human rights is only the beginning of the normative conversation and that there is big role, going forward, for moral and political philosophy. 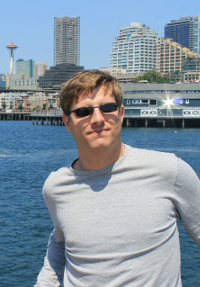 Patrick Taylor Smith received his PhD in Philosophy from the University of Washington, Seattle, where he wrote a dissertation on the legitimacy of global governance institutions. Currently, he is a Postdoctoral Fellow at Stanford University’s Center for Ethics in Society. He works in global and intergenerational justice, with more specific interests in geoengineering, global governance, and cyber-warfare. He has published articles in journals such as Philosophy and Public Issues, Stanford Encyclopedia of Philosophy, and Ethics, Policy, and Environment, as well as others. You can find more of his work at www.patricktaylorsmith.com