Methane, volcanoes, and the end of the world- GUEST POST- DUNCAN MCLAREN -UNIVERSITY OF LANCASTER

The idea of ‘climate emergency’ has been a hot one in the ethics of geoengineering for a number of years, and got a lot of attention last week at the climate engineering conference (CEC14) in Berlin.

Many early advocates of climate engineering deliberately invoked the idea of an imminent or future climate emergency as a justification for developing a ‘rapid response’ (typically through some form of solar radiation management).  Some of the ethical and political risks of an ‘emergency framing’ have been thoughtfully explored (for example here). Yet it remains reasonable to want to identify whether there exist circumstances we might confidently and collectively define as a ‘climate emergency’. This blog briefly discusses potential explosive methane release from Arctic permafrost, and contrasts this with the potential dramatic climate impacts of a major volcanic eruption. Could the expectation or actuality of either of these situations meet meaningful criteria for ‘emergency’? If so, what might humanity do, and what risks might we face?

What are the criteria? Early definitions were unhelpfully circular “We define climate emergencies as those circumstances where severe consequences of climate change occur too rapidly to be significantly averted by even immediate mitigation efforts” (Blackstock et al 2009). Rather than defining the emergency by reference to objective or scientific criteria or thresholds, this defines emergency by reference to the relative speed of response to it, and automatically implies rapid responses such as SRM.

Joronen and Oksanen (2012) more constructively identified three key features: in emergency: “climate change is an immediate or impending threat”, that extends to “life and health of humans and many other life forms” and is highly likely to result in “social disorder, for example economic turmoil and mass migration of climate refugees”, in the absence of immediate action. Markusson et  al (2013) helpfully add the element of surprise: “Defining a phenomenon as an emergency implies that it has properties of danger, immediacy, and is to some extent unexpected at least in specific location or timing.”

Recent media coverage of craters appearing in a remote region of Siberia (conveniently, apparently, known as ‘the end of the world’) has been surprisingly thin in climate emergency hyperbole, even though the explosive release of methane from thawing permafrost appears the most likely explanation of these mystery craters (see here and here). Moreover, concerns previously raised by the Arctic Methane Emergency Group (AMEG) over potential methane plumes in shallow Arctic waters have re-emerged, with occasional readings of massively elevated atmospheric methane levels –perhaps small harbingers of what some have called “dragons’ breath”.  While the evidence for catastrophic leakage is still equivocal, the amounts of methane stored in permafrost and ocean sediments strongly argue for a precautionary approach to the risks of widespread release.

The case for Arctic methane as a climate emergency relates to the potential feedback: it is warming that is triggering the release of methane, itself a potent greenhouse gas. Such ‘tipping point’ conceptions underlie many climate emergency claims because they imply irreversibility. Yet even if the Siberian craters do prove to be an unexpected mechanism of accelerated methane release, the best analogy here remains ‘boiling a frog’ as impacts accumulate gradually, until eventually a tipping point is reached. Despite the advocacy of AMEG, the scale and significance of tipping points remains disputed, not just their potential timing. And even should one be passed, its immediate impact would be – most likely – merely an upward inflection in the warming curve, not an obvious discontinuity. The irreversible shift would remain a matter of models and predictions.  Moreover, as Tim Lenton pointed out at CEC14 the tools mathematicians have developed to help predict tipping points rely on signals that are generally overwhelmed by rapid climate forcing in such systems. As a result, it seems unlikely that Arctic methane would be declared a climate emergency even in discovered in huge quantities.

Somewhat paradoxically, it might be easier to find and declare a climate emergency in an episode of global cooling. At the Fifth Geoengineering Summer School in Heidelberg earlier this month, the idea of a major volcanic eruption (especially one which disproportionately affected the northern hemisphere) was discussed as a possible ‘climate emergency’. The case of the Tambora eruption in 1815, linked to the so-called ‘year without a summer’ of 1816, was suggested as a parallel. Then serious food scarcity and famine followed a 3oC decline in temperature. Such a set of rapid and potentially destabilising climate impacts following a distinct single event – an event already in a familiar ‘emergency’ category – would tick all the boxes of ‘climate emergency’. Moreover, the availability of historical precedent might imply less contestation (especially from climate skeptics), a cognitively different approach to what we might consider ‘sufficient evidence’, and easier assessment of any given eruption against some objective measure of impacts.

At CEC14, Bjørn Samset presented modelling which suggested the possibility of deploying short-lived greenhouse gases, such as forms of HFC, to counter the effects of a large volcanic eruption. However, as he noted, the production of enough of such a gas is very expensive, and would also involve very significant carbon dioxide emissions.  Other responses to such an eruption were suggested at the Heidelberg Summer School. These were intriguing, as well as highly speculative: first the possibility of deliberately using additional targeted aerosol injection to stimulate coagulation of the particles in the volcanic aerosol; mitigating its effects by causing the particles to drop out of the atmosphere more swiftly. And second, direct further use of stratospheric aerosol injection (SAI) – but in the opposite hemisphere, so as to partially stabilise impacts on precipitation (while possibly further forcing down global temperature).

Use of SAI would raise the prospect of swiftly locking in SRM, for fear of severe termination effects as the double dose of volcanic and artificial SRM unwound. Such concerns would be redoubled if the use of climate emergency rhetoric were to lead to diminished democracy and reduced accountability around climate interventions. It seems ironic therefore, but plausible all the same, that an episode of cooling through ‘natural’ SRM might be more readily interpreted as an ‘emergency’ and (ab)used to justify human efforts to take control of the climate system through stratospheric aerosol injection than accelerated warming.

This does not mean we should entirely reject the quest to understand both the natural and social science of ‘climate emergencies’, but rather adds weight to the argument that we need to understand better what it might mean to agree criteria about impacts, vulnerability and so forth that are sensitive to the real challenges of knowability and unknowability involved in such a process. 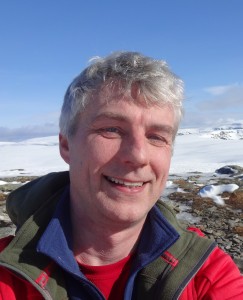