In assessing justifications for research, we need to get clear on the values that are involved.

A small but growing group of ethicists has begun to investigate the prospect of geoengineering as a response to climate change. Much—but not all—of this research has raised ethical concerns about some geoengineering techniques, particularly those belonging to the category of solar radiation management.

Yet we might wonder whether ethicists have any business investigating geoengineering at the present time. After all, climatologists themselves have barely begun to research it, and there are many scientific uncertainties regarding how different geoengineering techniques would impact natural and human systems. Surely the question of whether someday to deploy geoengineering involves ethical dimensions, but one might object that we currently lack sufficient information to address that question fruitfully. Perhaps, then, ethicists should stay on the sidelines for now, waiting until scientific research has advanced further before assessing geoengineering.

But this point of view would be mistaken. Here are two broad (but not exhaustive) sets of reasons why.

First, justifications offered for scientific research on geoengineering already involve value judgments of their own, and ethicists are trained to clarify and assess value judgments. For example, many have claimed that, at some point in the future, deploying geoengineering might be better than allowing emissions-driven climate change to occur unabated—perhaps because geoengineering could avert some climate emergency—and so geoengineering techniques should be researched now in order to be ready for that possible scenario.

While this might be true, the crucial claim here is not a straightforward one. In assessing this and other justifications for research, we need to get clear on the values that are involved. In what sense might a geoengineered world be better than one of unabated climate change—by reducing economic damages, increasing overall human welfare, distributing harms and benefits more justly? For whom is it likely to be better—persons in developing countries, future generations, non-human animals? What counts as a genuine climate emergency? And so on. Although we cannot predict specific impacts of geoengineering with much confidence, we can fruitfully consider the conditions under which geoengineering research would be justified (or not), and ethical theory provides a wealth of resources to sift through the value judgments that arguments for (or against) research inevitably involve.

Second, even if geoengineering research is in general justified, certain kinds of research themselves raise ethical questions. For example, large-scale field tests of certain techniques could involve interventions in geophysical systems that might put various persons at risk of harm (e.g., via precipitation change in the case of stratospheric injections of reflective aerosols). Before conducting large-scale tests, we need to consider the conditions under which such tests would be permissible, and this is clearly an ethical issue. Perhaps, for example, conducting risky field tests would require securing the consent of those likely to be affected.

If geoengineering research is in general justified, certain kinds of research themselves raise ethical questions.

In addition to field tests, other aspects of geoengineering research raise various normative questions, such as what parties should conduct such research. Is it appropriate for military or intelligence agencies to study geoengineering, perhaps with an eye toward weaponization? Another question concerns how geoengineering research ought to be funded. Is it permissible for researchers to accept funds from parties who have a stake in whether or not geoengineering gets deployed, including interest groups that are opposed to geoengineering? These are questions that fall under the category of research ethics in general. However we ultimately answer them, they are evidently ethical questions, for they concern permissible forms of research conduct.

Ethicists are not in principle opposed to either geoengineering research or deployment. Perhaps it is the case that we ought to study it and eventually deploy some geoengineering technique. But we should not ignore the ethical issues bound up with the justification and conduct of geoengineering research. Despite far-reaching scientific uncertainty, there is still a lot of work that ethicists can do on geoengineering, and there is good reason to conduct that work. 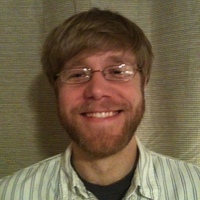 Toby Svoboda is an assistant professor in the department of philosophy at Fairfield University. His research focuses on environmental ethics, Kant, and climate change.